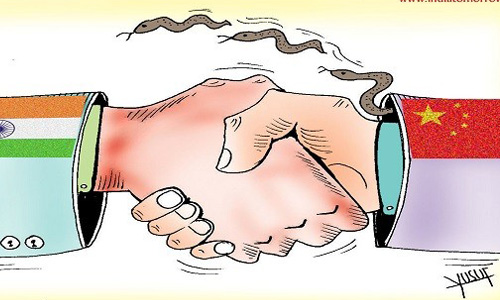 A democracy must have debate and opposition because it is dissent that facilitates analysis, which in turn indicates improvements required. We have had this all along in India but we don’t seem to grasp the requirement to transcend from a democracy to a ‘healthy’ democracy, where arguments must have some darned logic. Two recent examples confirm this. First is some scholars, economists and media (latter described as “intellectual prostitutes” by John Swinston of New York Times) lamenting that while Xi Jinping had come with a package of $100 billion FDI, he promised only $20 billon. But is this India’s loss? Why these individuals are ignoring media reports prior to Xi’s arrival in India can at best be attributed to their intellectual prostitution.

For example, the Economic Times had already talked of the $100 billion package by China but had significantly mentioned that Xi will be disappointed because of China’s refusal to accept the one-India policy and obduracy in sticking to issues like stapled visas for residents of Arunachal Pradesh etc, and that is exactly what happened. In fact, Xi actually deserved to return with $80 billion in his pocket because he two-timed the Depsang and Chumar intrusions. Additionally, could India absorb $135 billion investment in infrastructure alone (China 100 + Japan 35) considering the condition in which the country has been drifting in the past decade?

The second issue is criticism about response to the Chinese intrusions as a prelude to Xi Jinping’s arrival and during his visit, which are still continuing. Would these critics like to write about how they feel the erstwhile government would have dealt with the situation? Could the erstwhile PM muster guts to bring up the issue with Xi Jinping? Do we forget the perpetually bending backward attitude of the erstwhile Defence Minister, EAM and Home Minister in face of Pakistani and Chinese hostilities, plus the blasphemous statement by the Home Minister in face of the April 2013 Depsang Chinese intrusion that “we have no jurisdiction in the area” while CAPF deployed in the area was directly under this so called minister. Do these UPA stooges realize that it is because they agreed to dismantle cameras of our security forces at Chhumar for the Chinese withdrawal from Depsang in April 2013 (despite the fact that Chumar is some 400 kms away from the intrusion area Depsang) is what gave legitimacy to Chinese claims to Chumar? Has anyone of these critics written about the 642 sq kms usurped by China in Ladakh alone including establishing a post at Sirijap and a 10 kms metal road in Pangong Tso area, and deliberate UPA policy of not developing the border infrastructure?

Well, news for them is that China too has lost out with Xi’s visit. His countenance emerging from Hyderabad said it all with the realization that China can no more eat her cake and take it home too.

In his meeting with Prime Minister Narendra Modi in Brazil during July 2014, President Xi Jinping had said that as the two biggest developing countries and emerging markets, both China and India are in a great historical process of realizing national rejuvenation; thus, what the two countries value most is peace and development, and the ideals and goals of the two countries are linked closely. Later Xi Jinping went on record to say, “When India and China speak in one voice, the world will pay attention –The combination of the world’s factory and the world’s back office will produce the most competitive production base.” Chinese companies have already invested US$ 396 million in India, while Chinese companies had executed infrastructure contracts in India worth $24.7 billion till 2011, cumulative contractual value of these projects being US$53.46 billion as per CII estimates. Chinese companies have also been investing in the power sector. Indian markets are flooded with Chinese goods, imports of Chinese toys, gaming and sports alone amounting to US$ 36.7 million during 2013-2014. 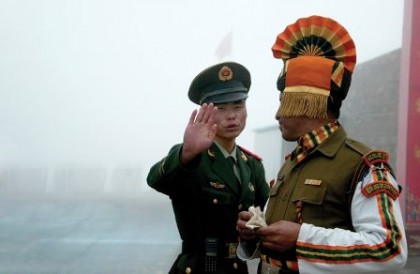 It is no secret that China has been eyeing India markets in major way. Just before President Xi Jinping’s visit, media talked of a US$100 billion investment package being brought by him, overshadowing Japan’s US$35 billion investment. But then came a sudden damper to Xi Jinping’s visit; some 300 so called Chinese nomads transported by PLA trucks intruding and pitching tents across the LAC in the Depsang Plain a day prior to Xi’s arrival in India, and; some 1000 soldiers of a Chinese Border Regiment (Border Divisions of China are directly under command the PLA) intruding 5-6 kms inside India Territory in area of Chumar. That this is part of the archaic CPC standing operating procedure during / close to high level visits is well known: Chinese troops intruded six kms into India in February 1997 following President Jiang Zemin’s visit to India preceding December; Chinese intrusion in Arunachal in June 2003 during Vajpayee’s visit to PRC; Chinese intrusion in Arunachal in May 2005 in aftermath of PM Wen Jibao’s visit to India; just prior to President Hu Jintao’s visit in November 2006, Sun Yuxi announced entire Arunachal is part of Chinese fiefdom. and; prolonged Chinese intrusion in Depsang Plains prior to and during PM Li Keqiang’s visit to India in May 2013.

It is well known that all these intrusions have all along been orchestrated by the CCP to show their claims in congruence with Mao’s dream, as reiterated by Deng Xiaoping, that Tibet is the palm of China while Ladakh, Sikkim, Bhutan, Nepal and NEFA (read Arunachal) are its fingers. However, in this particular instance, two-timing the Depsag-Chumar intrusions with Xi’s visit can best be described in milder term as idiotic because of the following: BDCA signed between India and China and promise not to disturb border peace; China’s reiteration that border population should not be disturbed—why then 300 so called Chinese nomads being transported in PLA trucks deep into Depsang Plains; relationship that PM Narendra Modi enjoyed with China CM Gujarat; bonhomie shown by President Xi when he met PM Narendra Modi in Brazil, and; no-nonsense PM Narendra Modi heading a majority government in India and his belief for partnership and peace with all for development and prosperity of all, boosting the Asian Century. Prime Minister Narendra Modi was explicit in saying that a “climate of mutual trust and confidence; respect for each other`s sensitivities and concerns; and, peace and stability in our (India and China) relations and along our borders are essential for us to realize the enormous potential in our relations”.

Xi’s planned US$100 billion investment in India over five years already appeared doomed from the beginning with Beijing’s refusal to accept the ‘one-India’ policy while wanting continued Indian commitment to ‘one-China’, besides other obduracy like stapled visas for residents of Arunachal Pradesh etc. So, in the bargain, what Xi achieved was just a US$20 billion investment in India over five years, far below contemporary Japan. There is no doubt that President Xi’s visit upgraded India-China relations and resulted in the following specifics: Chinese commitment to invest $20 billion in infrastructure over next five years; invitation to China to invest in manufacturing sector; two Chinese industrial parks will be built in India; new road to Kailash Mansarovar via Nathu La; Mumbai and Shanghai to be twin cities, as also Ahmedabad and Guangzhou; commitment by China to address bilateral trade deficit; facilitation of visit of 10,000 pupils from both countries; Chinese agreement to hold friendly discussions to resolve border issues, and; invitation to PM Modi to visit China next year. Prime Minister Modi had raised the issue of the Chinese incursions in Ladakh and said, there should be peace in Indo-China relations at the borders. If this happens the two nations can realize true potential”.

Xi did say that “China and India are two key nations in the multi-polar world. The two nations share similar developing goals”. However, the atmosphere was marred by the Chinese intrusions, which continued even after Xi departed New Delhi for Beijing. On balance, it appears that China has missed a historical opportunity, perhaps drunk on her economic and military might. She will take some cool reflection to understand that attempts to wrest Ladakh or Arunachal militarily from India will cost her dearly—this not being 1962. She might as well draw lessons from the erstwhile confrontation at Sumdorong Chu where such strong arm tactics did not work even some three decades back. The policy of inching forward and gobbling Indian Territory also needs to be put aside. As mentioned above, China has already usurped some 642 sq kms of Indian Territory in Ladakh over and above Aksai Chin and has established new posts in areas like Sirijap. It will be prudent to shelve the policy of muscle flexing and go for politically resolving the border issue in peaceful manner ‘without disturbing status quo of the LAC’ until a mutual solution is found.

What China fails to realize is that instead of muscle flexing, resolution of border will not only facilitate Chinese investment in India much beyond the US$100 billion that Xi had planned but more more importantly it would give China immense strategic advantage through transportation, economic and energy corridors linking Indian ports along the Indian Ocean.Ball is therefore in China’s court.