Will access to piped water ensure safe water in India? 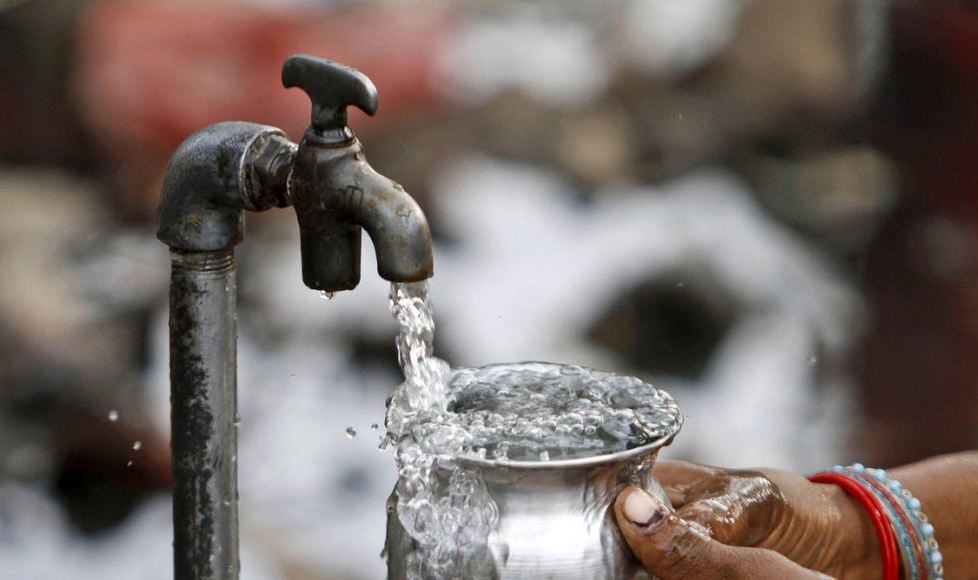 While Covid-19 has brought forth the need for better access to water for WASH practices to the forefront, how India plans to bring water at the doorstep through the Jal Jeevan Mission (JJM) continues to be a challenge. This is especially in the context of not only access but also quality of the available water. Studies show that improved water sources  continue to provide unsafe drinking water in low resource settings in India where water borne diseases continue to be rampant.

Water pollution caused by faecal contamination is a serious problem in India. While faecal contamination can lead to the presence of different kinds of pathogens in water leading to diseases such as cholera, salmonellosis and  shigellosis, their concentrations are relatively small. As a result, it is not practical to test for pathogens in every water sample collected. Instead, the presence of pathogens is determined by testing for “indicator” organisms such as coliform bacteria. Coliforms come from the same sources as pathogenic organisms. Coliforms are relatively easy to identify, are usually present in larger numbers than more dangerous pathogens, and respond to the environment, wastewater treatment, and water treatment similarly to many pathogens. Thus, testing for coliform bacteria is considered as a reasonable indication for the presence of other pathogenic bacteria.

Escherichia coli (E. coli) is the major species in the fecal coliform group. E. coli is considered to be the species of coliform bacteria that is the best indicator of fecal pollution and the possible presence of pathogens and can be used to determine whether water has recently been exposed to feces and whether it is safe for consumption. Its presence in more than 5 percent of drinking water samples indicates that the water treatment (if any) is inadequate to eliminate more harmful bacteria such as Campylobacter or Salmonella. Detection of E. coli can also indicate either treatment inadequacy or posttreatment contamination.

Very few studies in India have looked at the quality of piped water supplied to households in small towns, especially where water supply has been known to be intermittent increasing the risks of water contamination. Also many of the studies have focused on general bacterial community or calculating the number of colony-forming units of E. coli. However, a subgroup of E.coli causes diarrhoea and is responsible for foodborne diseases in both high-income and low-income countries while another group of E. coli can cause extraintestinal infections and is a leading cause of urinary tract infections (UTI), an infection primarily affecting women.

A study titled ‘Extraintestinal pathogenic Escherichia coli and antimicrobial drug resistance in a Maharashtrian drinking water system’ published in the American Journal of Tropical Medicine and Hygiene from the coastal town of Alibaug aimed at assessing the drinking water quality of piped water supplied to the town. Alibag, Maharashtra, has a population of 20,743.12. Piped drinking water in Alibaug is intermittently supplied by the Maharashtra Industrial Development Corporation (MIDC). The MIDC drinking water treatment plant sources drinking water from the Amba River and treats the raw water using liquid alum sulfate, ﬂash mixing, ﬂocculation/settling, sand ﬁltration, and chlorination with Cl2 gas to 0.2 ppm. The treated water is then tested four times a day by an MIDC chemist for multiple contaminants. Water samples were collected from the water distribution system over 8 weeks, from June to July 2016, from the end of summer till the onset of the monsoon.

Microorganisms such as bacteria have a remarkable capacity to adapt and survive in adverse environments. Antibiotic resistance arises when such bacteria evolve mechanisms to withstand or resist the effects of antibiotics targeted to destroy them and fight infection by changing themselves. They can do so by secreting enzymes that can inactivate the antibiotic, change the permeability of their cell membranes to prevent entry of the antibiotic etc. These microorganisms that develop resistance to multiple antibiotics are also referred to as ‘superbugs’. When superbugs develop resistance to a particular antibiotic used to treat infections like say diarrhoea, the antibiotics can become ineffective. This will result in the person continuing to suffer from the condition which could even become fatal, increasing the risk of spread to others.

Drinking water is still supplied on an intermittent basis in most Indian cities (many less than 6hrs/day). This creates inequities in clean water availability for residents who live furthest from the water source, and carries public health risks associated with the ingress of contaminants from the surrounding ground through flaws in the aged piping systems.

Alibag has a fairly advanced drinking water treatment scheme, but water continues to be supplied on an intermittent basis increasing the risk of the piped water getting polluted due to ingress of contaminants into the piped water under low pressure from the insanitary conditions and poor sewerage systems in the city. The study provides valuable evidence on the linkages between drinking water and sanitation, and shows that there can be no safely managed drinking water without safely managed sanitation in the country.