UP: Cultural  and religious meeting completely banned till Sept 30 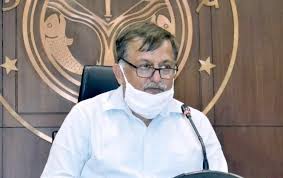 Additional Chief Secretary Home Avnish Kumar Awasthi has issued an order banning all kinds of processions and tableaux.  Awanish Awasthi said that the Protocol needs to be adhered to at every cost. The assembly of more than five persons at one place has been banned.

According to the order, this prohibition has been imposed in the state because it is feared that anti-social elements may try to disturb law and order and communal harmony. However, the order said that people can establish tazias and alums in their homes and there will be no restriction on this.