Unprecedented honour to Nitish and Lalu 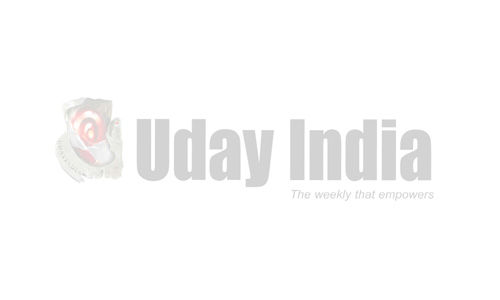 The ingenuity of a salesman knows no barriers, be educated or not, be in a village or a town, they know how to present their best. One such bright young salesman sold ‘Nitish’for Rs 11,500; Lalu at all-time high of Rs 26,000. What should one conclude from the low rating for Nitish and record breaking offer of Rs26000 for Lalu. All this happened at the Gardhabraj Mela, or donkey fair, held annually on the Mokshadyani Ghat on the banks of river Shipra in Ujjain district. The beasts are lately been christened Nitish or Lalu, reflecting the rise in popularity of the Mahagathbandan leaders after their spectacular Bihar triumph. Although one is not sure how the two gentlemen will react. Imagine, Lalu while passing through a village hears his name, inwardly pleased that people recognise him even in remote village, and looks out, to see that a sickly looking donkey is possibly named after him. A Dhobi while calling the donkey Lalu was trying to push the donkey to move faster.

Lalu might have felt bad but naming animals after celebs is nothing new. But it is first time that politicians were considered good enough to be given a saleable name. According to reports this was a remarkable honour for the two and sets them aside from the rest of the Bollywood crowd. As one analyst saidnaming donkeys after politicians may not appear like the right endorsement, but it goes a long way to show how far they capture the popular imagination.

“This is Nitish at Rs 11,500, and there stands Lalu, all-time hit in Bihar politics, at Rs 26,000,” a local trader told a buyer, applying the best possible marketing trick.

A prime annual market place for animal traders, the Mela sees traders covering 400 to 450 kilometres by foot from Rajasthan, Maharashtra, Gujarat and Chhattisgarh. Locals claim that the mela began during the rule of King Vikramaditya. “The Mela begins on Kartik Ekadashi, an auspicious day as per Hindu almanac, ends after five-day- until Purnima (full moon day)”, The importance of the Mela grown in demand in recent years from brick kiln owners, who subject them to sterner tests before buying them. Not so strangely though, they are priced according to the quality of their teeth.

“To know the right age of donkeys, one counts their teeth. An animal with three teeth is considered to be four years old while four teeth mean five years old”, the Ujjain district panchayat official said.