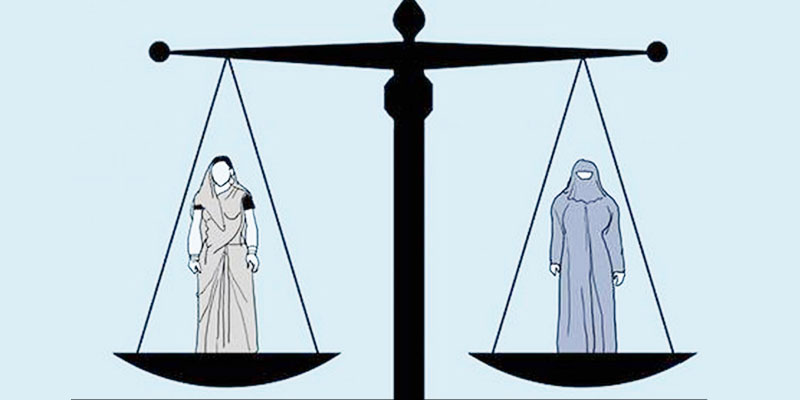 While the  catastrophic Virus named Covid -19 spread its influence in length & breadth of the country  causing relentless  havoc; the submission of five petitions related to religion neutral inheritance & succession laws created no less tremor in legal corridors of Delhi High Court & Apex Court. With no nonsense & plane speaking motion away from rhetoric’s & covers up, Apex Court has asked for reply from Centre. Earlier, A single judge bench in Delhi  High court observed that ‘ youth belonging to various communities, tribes, castes or religions who solemnize their marriages ought not be forced to struggle with issues arising due to conflict in various personal laws.’ Quote Apex Court has expressed its intent many a times in different cases to bring implementation of provision together.

Universal Civil Code is a proposal which was put through constituent Assembly & debated at committee stage during the making of Constitution of India when the Constitution of India was being provided micro contours before its finalization. The Uniform Civil Code (UCC) refers to a common set of laws governing personal matters such as marriage, divorce, adoption, inheritance and succession for all citizens of the country exclusive of clutches of religions. The larger contextual landscape for the need of its implementation was to overcome heterogeneous compartmentalized length & breadth of India which had remained captive to umpteen numbers of traditions & practices in post independence Indian society thus indirectly proving to be most formidable stumbling block in the way of India attaining status of homogeneous Nation. From the Constituent Assembly down to Supreme Court of the day, Universal Civil Code (UCC) has remained one most  contentious & elusive subject. Somehow pessimists & Prophets of doom remained successful in providing inseparable intermixed version of personal laws with religion & thus ruled out separation of two, in the name of universalisation. 75 th year hence, the demand for Universal Civil Code has turned more piercing & lasting with no less than various higher Courts including Apex Court emphasizing upon the need of implementation of Article. Dr B R Ambedkar, the President Draft Committee, The Constitution of India, on the 4th of November, 1948 presented the Draft Constitution to the Constituent Assembly for deliberation. The uniform Civil Code provision was placed as draft article 35 as part of the Directive Principles of State Policy. The text of draft Article 35(Article 44) went like this “The State shall endeavor to secure for the citizens a uniform civil code throughout the territory of India.’ Article 44 of the Directive Principles in the Constitution says the “State shall endeavor to provide for its citizens a uniform civil code (UCC) throughout the territory of India.” The objective of this endeavor should be to address the discrimination against vulnerable groups and harmonize diverse cultural practices. The stand taken by B.R. Ambedkar in the Constituent Assembly debates has survived the years. Dr. Ambedkar had said a UCC is desirable but for the moment should remain voluntary. 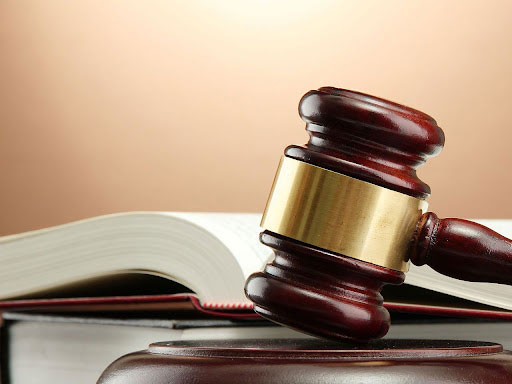 The debate on the UCC is centred on the argument to replace individual personal customs and practices of marriage, divorce, adoption and successions with a common code. Those in favour of one code argue that it will end discrimination in religions. The debate on this prodigal & controversial subject continued from the stage of framing of Constitution & kept on raging intermittently with Shah Bano case in which it was concluded that ‘Triple Talaq cannot take away the maintenance right of a divorced Muslim women who is not in a condition to maintain herself or her children when she is disowned or divorced by her husband. The judgment drew wide criticism by Muslim scholars for intervention by Court in divinity of Quran as Muslim personal law draws its existence & sustenance form Holy book.

Muslim members of Constituent Assembly vociferously debated against the Uniform Civil Code (UCC). Their arguments were based on following contours:

They proposed amendments as under:

The opposite view emanated from legendaries like K.M. Munshi, Alladi Krishnswamy and Dr B R Ambedkar who brought following points of defence for Uniform Civil Code (UCC) in plausible & efficacious manner:

Alladi Krishnaswami Aiyyar joined the debate & emphasized that the UCC would create amity among communities. He further paid emphasis on the ability of the UCC to bring about unity in the country.

Ambedkar came as last interventionist in the debate & emphasized eloquently as under :

The whole contention appears centered around mixing of opium dose of religion with personal rights related to marriage, succession etc. Devoid of prescribed definition, Religion is a social-cultural system of designated  behaviors  and practices, morals, beliefs, & texts that relates humanity to supernatural, transcendental and spiritual elements. The religion consists of practices deemed exclusive & fundamental to establish connectivity between human being & Almighty as enshrined in holy books of different religions. In India, apart from various communities, there is plethora of castes, sub castes, tribal’s etc who follows their unique socio cultural issue in terms of personal practices related to marriage & succession etc. With that heterogeneity, India can barely move an inch in direction to achieve commonality, uniformity & consistency where oneness & inclusiveness with integration & cohesiveness which are essential ingredients for the evolution & shaping of final contours of a Nation. The evolution of religion & personal laws has been a continuum process particularly amongst non Muslims religions & practices. The call for change & adaptation came from within, in last two century & thus the process of reform went of transition without murmuration vis a vis rigid social & religious practices & customs entrenched for time immemorial. Sati pratha is one illustrious evil practice which went of the landscape of Hindu orthodox customs due to enlightened ole of persons of eminence from within the community. There are some more laws which went of scissors of time & evolution which are as under:

One side always believed that the Universal Civil Law (UCC) is a means of emancipation from old, rigorous & conservative social practices cosmetically anchored with religion; the other group felt that ways of living is intrinsically linked to over all teaching of holy book hence divorcing personal law from religion is treacherous & beyond truth.  The second largest population is led by generally self declared leaders who air their views on the issue in highly contemptuous & myopic pith. Now many of them have sudden eruption of lava in them larely due to convoy halts up & boring life pattern. Currently, different laws regulate these aspects for adherents of different religions and a UCC is meant to do away with these inconsistent personal laws. These laws include the Hindu Marriage Act, Hindu Succession Act, Indian Christian Marriages Act, Indian Divorce Act, Parsi Marriage and Divorce Act. However, Muslim personal laws are not codified and are based on their religious texts, though certain aspects of these are expressly recognized through laws such as the Shariat Application Act and Dissolution of Muslim Marriages Act.

Article 44 requires the state to strive to secure for the citizens of India a uniform civil code throughout India. The Court has emphasized in Sarla Mudgal v. Union of India that Art. 44 is based on the concept that there is no necessary relation between religion and personal law in a civilized society.

Article 26(B) Constitution of India upholds the right of each religious denomination to manage its own affairs in matters of religion.

Article 37 of the Constitution declares that the DPSP “shall not be enforceable by any court, but the principles therein laid down are nevertheless fundamental in the governance of the country and it shall be the duty of the state to apply these principles in making laws.

The sum total of spirit as demonstrated in various provisions of Constitution of India suggest that personal laws may not have to draw any connection or sustenance form religions. The amendments in Hindu marriages & succession Acts were cast long back in fifties without even murmur.

The spirit of article 44 could be jelled only in codification and secularization of Hindu Law. On the other hand, the volcanic resistance could be gauged from the sides of Muslims who realized & so put across their points by presenting their personal laws as part of Hoy Quran & necessity to be governed by the same. The codification of Muslim Law remains a distant dream as not even miniscule population supports the same. The Supreme Court has emphasized that steps be initiated to enact a uniform civil code as envisaged by Art. 44. Reviewing the various laws prevailing in the area of marriage in India. the Court has said in Ms. Jorden Diengdeh v. S.S. Chopra: …. “The law relating to judicial separation, divorce and nullity of marriage is far, far from uniform. Surely the time has now come for a complete reform of the law of marriage and makes a uniform law applicable to all people irrespective of religion or caste….. We suggest that the time has come for the intervention of the legislature in these matters to provide for a uniform code of marriage and divorce…… “ In another case, Mohd. Ahmed khan v. Shah Bano Begum, the Supreme Court has ruled that a Muslim husband is liable to pay maintenance to the divorced wife beyond the Iddat period. The Court has regretted that Art. 44 has remained a “dead letter” as there is “no evidence of any official activity for framing a common civil code for the country”. The Court has emphasized: “A common civil code will help the cause of national integration by removing disparate loyalties to laws which have conflicting ideologies”. The Court appreciates the difficulties involved in bringing persons of different faiths and persuasions on a common platform, but, nevertheless, the Court has said, “a beginning has to be made if the Constitution is to have any meaning”. “It is the state which is charged with the duty of securing a uniform civil code for the citizens of the country and, unquestionably, it has the legislative competence to do so”. The apex court pleaded for a uniform civil code “for protection of the oppressed and promotion of national unity and solidarity.”

Youth belonging to various communities, tribes, castes or religions who solemnize their marriages must not be forced to struggle with issues arising due to conflicts in various personal laws. The tradition barriers of religion, community and caste are slowly dissipating.

Codifies statutes and laws provide for various protection to parties against any unregulated practices from being adopted. Relegating parties to customary courts would be antithetical to the purpose behind enacting that statue like HMA 1955.

Constitutional morality goes beyond the text of the constitution and is dis earned by intimate reading of constitutional values. Constitutional’s morality is by large interpretative. Underlining total confusion owing to personal laws governing religious tactics, the Supreme court sought to know from the government if it was willing to bring the uniform civil code in the country.

Uniform Civil Code (UCC) is desired but found enmeshed in contradictions of provisions of Shariat laws & practices & Article 14 –right to equality which envisages that all communities must come under the same umbrella of rules. While we envisage equality amongst communities; there is whole lot of need to cause equality within religion. Uniform Civil Code shall be embraced smoothly if wiser and mature elements including women largely from Muslim community descend on  viable platforms to ensure the end of social and sex discrimination. The Majority populace let amendments happen in her personal laws in 1955 itself without murmur and perhaps that became one grand reason for the opening of community and liberation of women folk in real sense. The baseless leaders, of Muslim community largely engulfed in illiteracy, do play tricks and vagaries to keep population their stooges. The role of literate and liberated begins now. The persons like Arif Mohammed Khan who carry wider and broader reach and influence in community have to manifest their committed role in convincing the larger ignorance laden populace.