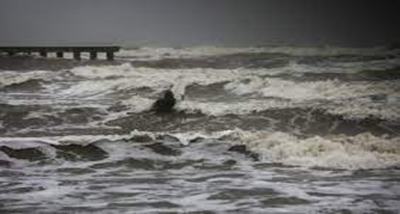 Tropical storm Nicholas has been downgraded from a hurricane after making landfall on the Texas coast in the US, bringing heavy rain and the risk of life-threatening flooding. The storm was upgraded to a hurricane after reaching land at 05:30 GMT, but has now weakened.

More than 360,000 power outages have been reported in Texas, according to PowerOutage.us. President Joe Biden declared an emergency in Louisiana.

It comes just weeks after Hurricane Ida – the fifth strongest to ever hit the US mainland – killed dozens and left more than a million Louisiana residents without power. Nicholas is carrying maximum sustained winds of 110km/h, weather officials said, and is expected to hit the Texas coast and upper Louisiana with five to 10 inches of rain.

The US National Hurricane Centre said that, Nicholas has continued to move slowly inland and has weakened during the past few hours. There could be rainfall of up to 20 inches across central to southern Louisiana, they said.

More than 119,000 homes and businesses remain without power in Louisiana due to Ida, he added.

Dozens of schools across the two states have been closed, and hundreds of flights have been cancelled or delayed at airports in the Texas cities of Corpus Christi and Houston.