Trade and beyond a new impetus to the EU-India Partnership

The meeting of the leaders of the European Union and India taking place on Saturday is a moment of profound geopolitical significance. By bolstering the dialogue between the world’s two largest democratic spaces, it will provide new impetus to our partnership — with a positive effect on international trade and investment.

India’s role as a major regional and global player is set to continue to expand over the coming years, and a strengthened partnership would offer Europe an opportunity to diversify relations in a strategic region of the world.

The EU and India have periodically pledged to expand our cooperation, building on the architecture set out in our 1994 Strategic Partnership. But the realization of that ambition has remained a challenge compared to the opportunities offered by our economies, and the dynamics of technological development.

The Porto EU-India Leaders’ Meeting promises to be a pivotal moment in this regard, giving new momentum to the partnership between the world’s two largest democratic spaces, made up of over 1.8 billion people. This dialogue will be crucial to rebalance relations between the EU and the Indo-Pacific. It is key for us to reaffirm our firm belief in democracy, rule of law, tolerance and the universality and indivisibility of human rights.

We must seize this opportunity to elevate our relationship, using the huge potential of our democratic spaces to advance trade and investment ties and to support effective multilateralism and a rules-based order.

The meeting is a chance to expand cooperation between the EU and India in new areas of decisive importance for the development of contemporary societies and economies: the digital transition, connectivity, mobility, health, the energy transition and climate action.

The EU and India are already key partners in issues of growing relevance for the development and sustainability of our societies. Tomorrow, we will open and widen new paths of cooperation. For example, the EU and India will launch a Connectivity Partnership aiming at furthering the cooperation on transport, energy, digital and people-to-people contacts.

The meeting is also an opportunity to give a new impetus to trade and investment negotiations between the EU and India.

The EU is India’s biggest trading partner and the second largest destination for Indian exports. Trade between the EU and India has increased 72 percent in the last decade. The EU is also the leading foreign investor in India. Its share in foreign investment inflows has more than doubled in the last decade. Some 6,000 European companies are present in India, generating 1.7 million direct and 5 million indirect jobs. Growing investments from India in recent years have also meant active presence of Indian companies in the EU as well.

It is the right time to resume negotiations toward an ambitious and balanced trade agreement capable of acting as a key driver for sustainable growth and jobs creation, both for India and Europe. Apart from everything else, an EU-India agreement would send a powerful signal to the world in support of the benefits of international trade cooperation.

A similar rationale applies to investment. The negotiation of an EU wide investment protection framework would provide greater stability and certainty to companies from India and EU to expand their presence in each other’s markets.

EU-India relations have always been marked by mutual support and solidarity. This has been evident during the coronavirus pandemic, when both have supported each other and the rest of the world. India extended medical supplies to Europe earlier and now the EU has extended assistance to India as it experiences a second wave of COVID-19.

The Indian Nobel laureate in Literature Rabindranath Tagore, who was born 160 years ago on May 9, travelled extensively in Europe in different periods of his life. The great poet was a staunch believer in the principles of mutual understanding between peoples and in India’s mission to bring together the East and the West. He wrote frequently about the meeting of Europe and India, to which he attributed deep cultural, political and even personal significance: “I have felt the meeting of the East and the West in my own individual life.”

In a similar way, the epic poem that better represents Portuguese identity narrates a journey to India. “The Lusiads” by Luis Vaz de Camões is also an account of a meeting between Europe and India.

That makes us particularly conscious of the merits of a relationship spanning two continents and linking two vast oceans that has evolved to accompany the huge transformations in our countries and societies. It is important we do not let this moment pass us by.

The journey together between the EU and India will be continued and advanced as of tomorrow in search of new routes of political, economic and technological cooperation, with enormous potential for mutual benefits. 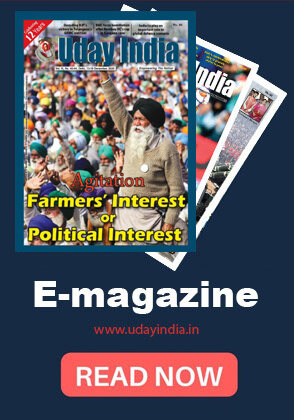