Home >> The Taliban Tragedy : An Elegy to Democracy and Humanism
Cover Story

The Taliban Tragedy : An Elegy to Democracy and Humanism 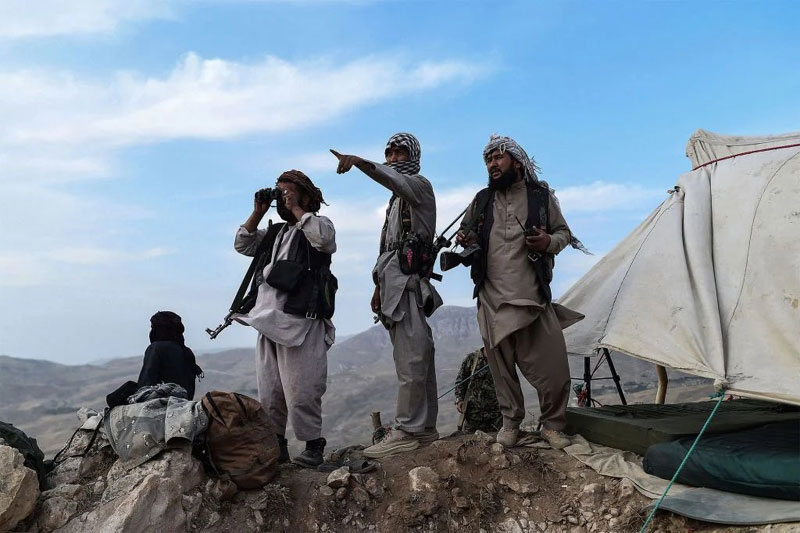 “Twenty years is a long time but not long enough to turn a Roman nose to a pug one”.

The capture of Afghanistan sans Panjshir by Taliban in mid -August has caused a global uproar and has largely undermined the ability and influence of USA in a largely unipolar world.  However, the imminent danger is not about the failure of USA but the plunging of the world in general and South Asia in particular to the abyss of death, despair and devastation. The naked dance of death in the streets of Kabul and Kandahar bears both testimony to the terror of Taliban and an indicator of times to come. The event has received varied responses from different quarters resulting in a sharply divided opinion and assessment of recent events. The naysayers often take refuge by completely ignoreing the event thinking albeit falsely that it is not going to change much of current geo-political alignment and would least affect the neighborhood in general and India in particular. The difference emanating from various political and ideological standpoints further limits the possibility of making a fair assessment of the situation for a common man. It is in this context; the present piece intends to provide a perspective and outlook to the sordid event unfolding in our neighborhood.  There are geo-political, security, military and economic angles but I will try to focus only on socio-economic dimensions while briefly touching legal and political sub points.

The million-dollar question is whether the outcome was prearranged or it was completely unexpected? Going by the might of American surveillance system and military power it appears quite naïve to think that USA was unaware of the outcome and was blind to the gathering momentum. The next point is that it was known to USA that Ghazi government has lost both its moral and military authority then was it prudent on its part to pull out from Afghanistan plunging it to the depth of chaos, anarchy and destruction? Was the CIA and security establishment at Pentagon was hell bent on leaving Afghanistan irrespective of the political situation and abandoning its policy of democratic intervention. What surprised me was that if democratic intervention was the ethos of international law for a superpower which led its to fight the gulf war then why the same principle was thrown out of window in case of Afghanistan? If oil was the secret determining factor in Iraq war then narcotics should be the lucre of American interest. Further, the movement from oil and petroleum-based vehicles to electric vehicles would mean use of lithium batteries and that depends on adequate use of thorium which is available abundantly in Afghanistan. Needless to add, most of these batteries are made in China. The Taliban controlled Afghanistan will suit China and would ensure free supply of lithium. Is it a loss to Tesla or will benefit it as cost of production will increase and so will the selling price? There are lot of unanswered questions on this count. Has Biden lost the dice and sold Afghanistan to China via Taliban? If there was a link between Putin and Trump election and there is a better nexus between Biden and China. We have to wait for another wiki leak or a more academic explanation from venerable Prof. Noam Chomsky.

Call it a conspiracy theory, but how come a trained army of 3 lakh with sophisticated weapon and armed vehicles surrendered to a rag tag band of 80,000 militants? It’s a bloodless coup, if I can use the epithet. It only happens when the political system is in doldrums, absolute lack of rule of law and a simmering discontent among the rank and file coupled with soft radicalization. I would not blame Biden alone for the fiasco though it is fair to blame him in particular as the buck stops with him. But it’s a monumental failure of American foreign policy and a victory for the axis of China-Pakistan and Iran. It is golden crescent of poppy trade that will bolster the revenue of Taliban, Iran and Pakistan while destroying the life of millions of youths in Latin America, Europe and India, the twin scourges of mankind terrorism and drugs will reappear with vengeance and bleed nation-states across the world internally, slowly and surely.

The liberals often tend to believe that the current Taliban is not the same, and time has changed it moderating it internally and sobering its praxis. Alas! They fail to understand tigers never change their stripes. As the good cop-bad cop spy story orchestrates the objective of extracting information form a spy, same is the story with the good and bad Taliban. The issue that there is nothing good or bad in Taliban, its pure evil. Period.

It is needed to be understood that how did Taliban sustained itself for twenty year without arms, ammunition and shelter when American administration wanted them to turn into cinders. This could not have been possible without internal and external help. Certainly, USA was not sleeping when both China and Pakistan were giving lifelines and support both openly and secretly. It means that irrespective of change of executive in USA there were no apparent policy shift in US foreign policy. It was expected that there will be a tectonic policy shift in USA during Trump administration but nothing of that happened nor Pakistan was taken to task despite the existence of mountain of evidence. If Pakistan was expected to provide a leverage to USA against China, then it is an error of monumental proportions. But this plain truth is difficult to percolate through the thick blinds of security administration. This also shows power of bureaucracy against the soundness of reality. The iron of bureaucracy and its steel frame has ensured that the rigidity and foreign policy fixity remains steady even 30 years after the end of cold war.

However, the victims of this tragedy will be the silent majority of peace-loving people across the world in general and people of Afghanistan. The radical Islam prophesied and practiced by Taliban may suit Wahabi and fanatic Muslimsacross the globe including political establishment at Turkey, Daesh, Islamic brotherhood but weaken and destroy moderate practitioners of Islam thus creating binary opposition between Muslim and Non-Muslims. The concept of Ummah and the distinction between Dar-Ul- Herb and Dar- Ul- Islam become sharper exhorting the radicals to suppress, covert and eliminate the non-believers. This will indeed give a fillip to Huntington’s theory of ‘’Clash of Civilization”, and probably will make it a reality to the horrors of the world.

But in the chess bord of religion, politics and culture, the hapless victims will be the women in general and minorities in particular. Women, in traditional and patriarchal religious societies suffer from doble disadvantage of poverty and marginalization. The only way they could express themselves and realize their potential is through access to education, labour market and other cultures but Taliban is complete negation of this. Yet, our liberals and leftists in India like American bureaucracy fail to see the reality. Women will be pushed to the wall and wail under the debris of medieval mentality, and the macabre machoism exhibited by Taliban will monstrously murder liberalism, freedom and autonomy of women. This has happened not to Biden who incidentally only a part but as Hamza Alavi said in a different context, that there has been an attempt to democratize the state but no attempt was made to democratize the society which resulted in the resurgence of Taliban and to me it’s the biggest failure of global community, USA, Europe and India included, I do not put China and Pakistan because one is a failed society and another is a failed state. Being, a permanent optimist however, I believe the sight of the light at the end of the tunnel and I have tremendous faith in the antidote i.e. India and its dynamic political leadership.

(The writer is  Dean, Department of Distance Education, and Professor of Sociology of law at National Law Institute University, Bhopal. The views are personal.)