Home >> The Interview of the Year
Busy Bee

The Interview of the Year 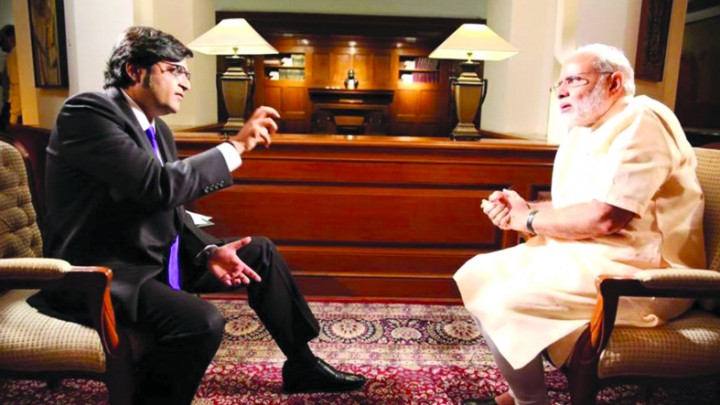 A  sort of record was created. Narendra Modi was the first Indian Prime Minister to give an exclusive interview to a private channel. Dr Manmohan Singh had given interview but to a group of private channels’ owners, under strict rules laid down by Sanjay Baru, his press advisor.

In the 85-minute interview,  Arnab Goswami  seemed to be in a new incarnation, shouting and yelling Arnab, replaced by a soft-spoken Arnab, who showed the respect which one must show to a prime minister.

No wonder the interview went viral. One out of four watched it. Over 150,000 tweets during the 85-minute interview, all of which were not complimentary. Brinda Karat and Anand Sharma were particularly scathing. It’s a case of sour grapes. And for Modi, let bark. How do they expect an interview with a prime minister to be conducted? Should the interviewer call the prime minister a liar and then challenge him to a bout Unused to live in opposition, they seemed to have been touched by a streak of insanity.