The Injudicious Politics over Migrants 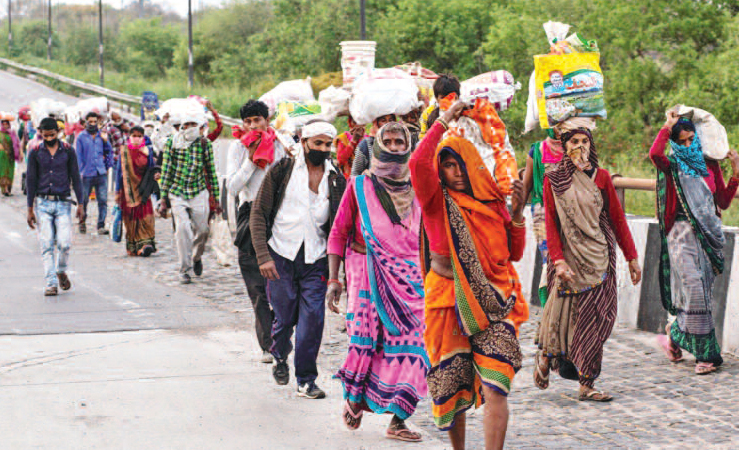 On March 24, Prime Minister Narendra Modi announced the first phase of nationwide lockdown for 21 days till April 14 to prevent the spread of Chinese virus (Covid-19). The government had to take this big decision because India’s health sector is not so powerful that it could treat crores of infected people. Here it is worth mentioning that Congress ruled Rajasthan and Punjab were among the first states that had imposed lockdown on March 22 while PM Modi announced it on March 24.

It is obvious that when complete lockdown was imposed, everything would be closed including the source of livelihood. As a result of this, everyone would have to stay at home including daily wage workers. However, due to misguidance, fear and propaganda, few migrants started leaving cities as they thought their hometown would be better place for their life. Here, it is important to mention that both the Centre and state governments took the initiative of providing food for the poor people. In fact, the Central and state governments are providing ration for free to everyone. 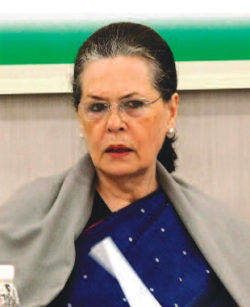 It is important to mention that recently  Indian Institute of Management (IIM), Rohtak, conducted a survey (from March 25 to May 11, 2020) on Migrant Labour across India relating to  food availability, income, location, employment status, knowledge about COVID-19, and support from government and their employers.
According to the survey, the coverage of ration cards was almost 87 per cent among the survey respondents. Almost, 83 per cent of these ration card holders were able to procure food during the lockdown but had difficulties reaching the ration card depots.  Almost 72 per cent respondents reported that they were helped by the ration shop owner and were given appropriate quantity of food.  77 per cent of the respondents were aware of cash transfer schemes of the government. Many households (68 per cent) were beneficiaries of Ujjwala Yojna and had received free LPG cylinders during the lockdown period.  “Nearly 62 per cent of the migrant labour reported that they wish to go back to their native places to look after their families but intend to return to work in 4 to 6 weeks,” the survey reveals. Against this backdrop, it would be wrong to say that the migrant labours are leaving cities because of lack of food, though, most of them are facing financial problem.

However, the most surprising thing that has emerged from this lockdown is that no one asked these poor migrant workers about their caste. Everyone called them poor. Therefore, two things become clear from this — one, poverty, not caste, is the real issue in India,. Two, poor people are in every caste. If we try to understand the caste-based discrimination, we would get to know that it has almost disappeared from India except that in marriages which is also gradually disappearing.  If, at all, discrimination exists, it is based on wealth. And this discrimination occurs even among the people of the same caste! But, unfortunately, people are misguided by various political parties in the name of caste. Here, it cannot be gainsaid that caste-based politics is the biggest hurdle in the path of development. It gives space to inept people who are not able to govern, as they are elected based on popularity in their community. And also for the sake of their political constituency, they are stuck in saving their popularity in their community and unfortunately, here the issue of development is relegated to back burner. Although, this pandemic has categorically pointed out that for every political party, the issue in the election should be development, not casteism.

Now coming to the point, do our political leaders not know the meaning of lockdown? When migrant workers had first started leaving their cities, should they have not been advised to stay where they were? But political parties like Congress started demanding transportation of migrant workers. Now the question is: What would have been the result of lockdown if the government had started all the transport services? This about two months of lockdown would have been worth nothing if this had happened.  The number of migrant workers in the country is more than 12 crore. Against this backdrop, Congress President Sonia Gandhi announced that Congress Committee (state unit) would bear the cost for the rail travel of every needy worker and migrant labourer. Few serious questions emerge: Does the Congress support lockdown? If it supports, then why is this type of announcement? Can the Congress afford giving rail tickets worth thousands of crores to 12 crore migrants if they all start leaving cities? Or was this statement meant merely for political mileage? Should Sonia Gandhi not have requested all the poor migrant workers to stay where they were? The fact is that her statement instigated people more to return to their home than staying at their place in lockdown.

What is more, if the lockdown is the serious jolt to the livelihood of poor migrant workers, why the Congress ruled state governments have been demanding the extension of lockdown? Did Congress President ask Congress ruled states to lift the lockdown? Some people are asking: If Indians stranded abroad can be evacuated from those countries, then why can’t the poor migrant workers be provided with transport services? Here it is apt to say, the migrant workers are living in India, while those being evacuated from abroad cannot demand anything from the country they are living in. Other countries cannot assure full security to them. The biggest concern is that if this coronaviruse spreads in villages because of these migrant workers, then it would be a gargantuan task for the country to contain it, as the health infrastructure in rural India is not so strong as to deal with Covid—19.