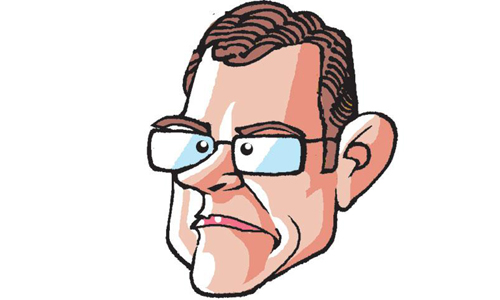 They all are young and in politics. Sons of famous parents, rich political legacy was almost their birth- right. There is one more commonality between them. After inheriting authority and power they did not take much time to squander away their legacy. The four so named are Rahul Gandhi, Omar Abdullah, Akhilesh Yadav and Bilawal Bhutto. As soon as he entered politics, Rahul was nominated (by his mother and hailed by party leaders and members, all her bonded labourers) as prime minister- in-waiting. In practice he enjoyed all the privileges of a prime minister. But look what he is reduced to today. An icon for the youth now he is ignored by them, for he failed to live up to their expectations. Slowly party leaders are rebelling against him.

Omar Abdullah inherited the J&K’s chief minister’s gaddi, earlier occupied by his grandfather and then father. The legacy of Sheikh Abdullah, Sher-e-Kashmir was still lingering when Omar took over. Personable and young, he fired up the imagination of the Kashmiri youth. In India, he was expected to work at closer relations between the valley people and Delhi. But nothing happened. As one observer put it, he used the powers of his position to enjoy the life of a playboy. His National Conference is most likely to be routed in the forthcoming Assembly state polls.

Bilawal failed even without trying. He just fled away from Pakistan leaving PPP leaders to their own devices. He is afraid to come to Pakistan. But in London, he tried to rouse anti-India sentiments over Kashmir and announced a mammoth rally of 200,000. But hardly a couple of thousands gathered and they threw stones at him possibly for deserting Pakistan. Mother Benazir must be hiding her face in shame. Akhilesh Yadav became the youngest chief minister when, courtesy, his father Mulayam Singh Yadav anointed and put him on the gaddi he himself previously occupied. But with his father’s colleagues breathing down his neck, Akhilesh blundered and blew away lots of goodwill he earned personally. A joke circulating on the net summed up these four. Its censured version is reproduced here. “What is common between Rahul Gandhi, Omar Abdullah, Akhilesh Yadav and Bilawal Bhutto—they are the architects of the demise of their respective parties.