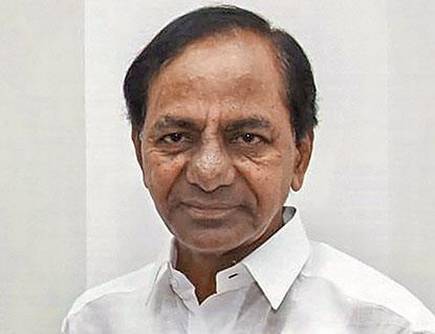 Telangana Chief Minister K Chandrashekar Rao has announced a compensation of 5 crore rupees to the family of martyred Colonel Santosh Babu who made the supreme sacrifice in the line of duty for the nation at a face-off with Chinese forces at India- China border recently. In honour of Santosh’s bravery, the government decided to offer a Group-I job to the slain military official’s wife and a residential plot. The Chief Minister in a statement issued after the all-party meeting held by Prime Minister Narendra Modi last evening said that he will soon visit the family of Col Santhosh Babu and present the cheque on behalf of the government.  Further, he announced 10 lakh rupees each to the bereaved families of 19 other soldiers who were martyred through the Defence ministry.

He also announced these decisions during the all-party meeting held by the Prime Minister with all heads of political parties through video conference.