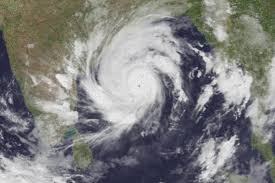 Briefing media in New Delhi yesterday, Director General, National Disaster Response Force, S. N. Pradhan said, a total 41 teams have been deployed for West Bengal and Odisha. He said, NDRF is fully prepared for tackling the super cyclone AMPHAN and taking necessary steps for evacuation, communication and creating awareness. He said, NDRF teams are coordinating with the district and local administrators with evacuation of the people at the topmost priority. Mr. Pradhan said, Home Minister, Amit Shah spoke to the Chief Ministers of West Bengal and Odisha to review the situation.

Director General, IMD, Mrutyunjay Mohapatra said, this is the second intense super cyclone after 1999 and IMD is continously monitoring the situation. He said, this cyclone cause  the damage in the districts of West Medinipur, South and North 24 Pargana, Howrah, Hoogli and Kolkata in West Bengal. He said, Jagatsingpur, Kendrapara, Bhadrak, Jajpur, Balasore districts of Odisha will be severely hit by the cyclone. He added that fishing operations will be suspended till today and the fishermen are advised not to venture into the sea during the next 24 hours. He also said, movement in motor boats and small ships are not advisable. Mr. Mohapatra said, rail and road traffic will remain suspended and people in affected areas are advised to remain indoors. He further added that heavy rain is also expected in the western part of the Assam and Sikkim.