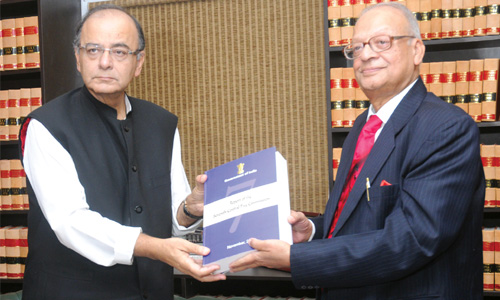 In the press conference held soon after presentation of the Seventh Pay Commission’s Report, Justice Shri A. K. Mathur, Chairman of the Commission, while giving highlights had announced its recommendation of the “One Rank, One Pension” (OROP) for the Civilian employees and for the Para Military Forces. However, after going through the report, it is seen that there is no such recommendation at all in the report. The commission has no where used the phraseology “one rank, one pension”in the report. The actual recommendation is for one revised pay scale, corresponding to the pre-revised pay scale from which the pensioner had retired. This is not the same thing as one rank one pension as will be explained later.

The pension formulation recommended by it is that all past pensioners shall first be fixed in the Pay Matrix being recommended by it, on the basis of the Pay Band and Grade Pay at which they retired, at the minimum of the corresponding level in the matrix. This amount shall be raised, to arrive at the notional pay of the retiree, by adding the number of increments he had earned in the corresponding pay scale from which he had retired, at the rate of 3 per cent. 50 per cent of the amount thus obtained would be the revised pension.

The concept of ‘one rank one pension’ necessarily implies that it is the rank or post held by the pensioner which determines his pension.

Not the pay scale. This is because in many cases the pay scales have been up graded as a result of Pay Commission’s recommendation without any change in the rank or in the nomenclature of the post held previously.

The formulation proposed by the 7th CPC will not remove the existing disparity between the pension of the pre January 01, 2006 pensioners and those retiring after this date. To take an example, prior to January 01, 2006 the date from which the Sixth Pay Commission’s recommendations were implemented, the Members of the CBDT and CBEC were in the pay scale of Rs. 24050-26000. The Sixth Pay Commission had recommended the upgradation of their pay scale to the Apex Scale of Rs. 80,000 (fixed). Pending consideration of this recommendation, the government fixed their pension at Rs. 38,883 on the basis of the HAG+ scale of Rs. 75,500-80,000 which was the general replacement scale of Rs. 24050-26000. Subsequently, after considering the aforesaid recommendation, the government upgraded the pay scale for members, CBDT and CBEC to the Apex scale of Rs. 80,000 (fixed) w.e.f. December 24, 2008 . The benefits of this up graded scale was denied to the members who had retired before this date. As a result of this, there is a disparity between the pension of pre-2006 retired members fixed at Rs. 38,883 and the pension of Rs. 40,000 fixed for those retiring on or after December 24, 2008. What is worst, even after the up gradation of the pay scale of their sub-ordinate officers to the apex fixed pay scale, the members continue to be paid pension on the basis of the lower pay scale.

This disparity has arisen due to the government stand that a past pensioner is not eligible to the benefit of a pay scale which is upgraded after his retirement, as he has not worked in that scale. Such a disparity will continue even after the implementation of the formulation recommended by the Seventh Pay Commission for the fixation of the pension of the past pensioners since their pension will be fixed on the basis of the pay scale from which they had retired and the benefit of revised scale upgraded after their retirement will not be admissible to them.

The principle of OROP implies that the uniform pension should be paid to all pensioners retiring in the same rank with the same length of service, irrespective of the date of their retirement. Since the formulation recommended by the Seventh Pay Commission will not bring about uniformity in the pension of the past pensioners retiring in the same rank on different dates, it would not be correct to say that the Commission has recommended OROP for all civil pensioners.

Another glaring anomaly relating to pensioners is in the new Pay Matrix which the Commission has proposed after dispensing with the existing system of Pay Bands and Grade Pay which was introduced on the recommendations of the Sixth Pay Commission. In the proposed Pay Matrix, in place of the existing Grade Pay, there are 18 distinct pay levels which would henceforth be status determiner. Each level lays down the minimum pay, the annual pay progression of 3 per cent. and the maximum pay. It is seen that the maximum pay in each level exceeds the minimum pay in the next higher level. This is likely to create a situation in which a person retiring from a higher level will receive pension less than a person retiring from a lower level. The following examples will highlight this point:

It will be seen from the above that A who retired at the maximum of the pay scale (which was equivalent to fixed pay of Rs 26,000 for Secretaries to the Government of India) will draw less pension than the officer who is two levels below him. This anomaly arises because of the overlapping pay scales. This is absolutely contrary to the announcement made by the Chairman of Pay Commission in the Press Conference. 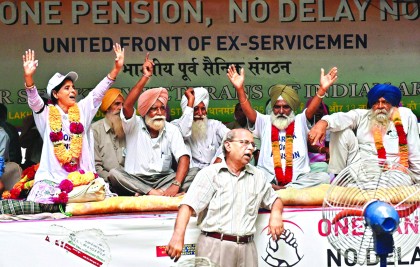 In the case of MMP. Sinha Vs. UOI (CW No. 10757 of 2010), the Patna High Court has held that a person retiring from a higher grade cannot draw less pension than a person retiring in a lower grade which grade is the Feeder grade for the higher grade. While holding this, it has relied on the Supreme Court judgment in the case of UOI Vs. S P S Vains (2008) 9 SCC 125 in which the Apex Court had deprecated the situation in which a Brigadier in the army was receiving higher pension than the Major General and to correct the anomaly the government had stepped up the pension of the Major General to show that the discrimination of a junior getting a higher pension had been removed. While suggesting the new Pay Matrix, the Commission has ignored these judicial pronouncements. If this distortion is allowed to continue it will generate large scale prolonged litigation which needs to be avoided.

Another aspect of the proposed Pay Matrix which deserves mention is that for the first time in the history of pay scale revision the 7th CPC has recommended down grading of HAG+ scale of Rs. 75,500-80,000. In the proposed Pay Matrix, for Level 16 the maximum pay suggested is Rs. 2,24,000 which is less than the pay of Rs. 2,25,000 in Level 17 for the Secretaries to Government of India. The maximum of the HAG+ pay scale, as also of the earlier pay scales which it had replaced, has all along been the same as the fixed pay scale of secretaries to the Government of India. The Commission has not assigned any reason as to why they have made such a radical departure from the past.

It appears in making this recommendation they have been guided with the views that (a) the maximum of each level is lower than the next level and (b) a person residing in the previous level should not draw equivalent or more than apex pay. The level 16 pay has therefore been kept at Rs 2,24,400 which is Rs 600 less than the apex pay scale. However, the factors mentioned above have not been followed in all pay scale below level 16 . They are overlapping and the maximum of the level 15 pay exceeds the minimum of the level 16 pay. Under this circumstance the anomaly mentioned above is bound to occur. The senior will suffer injustice.

It may be pointed out here that the seniors who will suffer most come from the non-IAS/IFS services. As has been the case before, the seventh Pay Commission seems to have been biased in favour of the IAS whose officers dominate the posts of Secretaries to the Government of India. It is really strange. Because, the bulk of Government Of India work force and to a large extent in the State administration, consists of Defence Personnel, Para Military and Police Force and the Central Civil Services. Not one of them find place in the Pay Commission. The minority service is from the IAS which always finds a place in the Pay Commission. It is true that the Pay Commissions are often headed by a retired Supreme Court Judge(as chairman). But here lies the catch. A High Court judge’s Pay is equivalent to the pay of a Secretary to the Govt of India; the Cabinet Secretary’s pay is equal to the pay of a Chief Justice of the High Court and judge of the Supreme Court. Between the Judicial Chairman and the IAS the pay is fixed which suits them. They fix their own pay. As far as others are concerned, nobody is there in the Pay-panel to look after their interests. On the other hand, all theories and principles of pay determination apply to them adversely, but not to the IAS and the Judiciary.

It is hoped that these factors will be noticed by the Government and the implementation cell of the Department of Expenditure while examining the Report and will endeavour to remove the distortion.

(The writer is a former Member Of the Central Board of Direct Taxes and can be reached at krgupta34@yahoo.in)