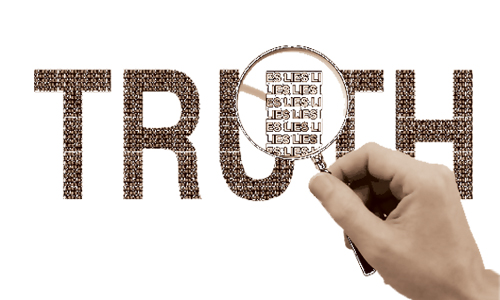 From jhola, chappals, canteen food and scooters to Saville Row suits, Church’s shoes, dining in House of Ming or in Savoy of London and riding chauffeur-driven Merc 500SL, it has been an amazing   transformation of media stalwarts, all under veneer of liberalism. Here pelf, power and privileges matter not the means.

The irony is that the upward mobility by these monopolists has been achieved by means which media is supposed to keep a watch on. This has not only eroded media’s credibility but also stripped many leading journalists of their standing in the readers’/ viewers’ perception.The Radia Tape exposure showed two stars, one from print media and the other from TV, agreeing to speak with Sonia Gandhi about a DMK MP being allotted Telecom Ministry. Were they doing it for altruistic reasons? Who will believe it!

Another editor is said to own several houses and a fleet of SUVs. Is he a collector of these expensive ‘toys’?   Editors are paid very well but lands and houses in good residential colonies in Delhi are extremely expensive and  the cheaper of SUVs cost no less than Rs 20 lakhs.

They have forgotten the dictum that news is what someone somewhere is trying to hide. These new Maharajas have no compunction in violating all journalistic ethics, so long they can wield power and influence people in power.

One journalist specialised in getting telephone connections quickly in the 90s, when waiting in some places was almost 10 to 12 months. His fee was modest Rs 30000. A few others had literally opened shop for transfers and posting. Journalism became a very lucrative profession.

One must concede they did whatever might help their patrons. When recently, dailies headlined a report of the order of the judge hearing the  National Herald case filed by Subramaniam Swamy, ‘relief for Sonia and Rahul’, giving the impression that Swamy’s application for getting papers related to the Herald from the Congress to the Court was outright rejected.

A few days later the facts filtered through. The court had not rejected Swamy’s petition, it only asked him to specify the files relevant to the case. This was fair. How did it ease the Gandhis plight? More dangerous has been their interpretation of secularism which for them means protection and promotion of the minority against the majority who represent the Right, according to them.

This has ruined the credibility of both journalists and the media. The worst affected is TV. Most anchors have their own agenda. Karan Thapar gives the impression that anything positive about NDA is not music to his ears. Rajdeep Sardesai tries to be neutral but then the Madison Square Garden scene flashes by. And as far as Barkha Dutt alias Burqas Dutt is concerned,  one can’t add to what all has been said and written about her.

There was a time, in independent India’s recent past, when the media was associated with words like ‘truth’, ‘freedom’ and ‘justice’….(Now) Many people ‘fear’ media…Perhaps that is why when a minister chooses a derogatory tag like ‘presstitutes’, many people nod in agreement.

The advent of social media has re-ignited the hope that the likes of Mulgaonkars, Girilal Jains and Vergheses would come up again to restore confidence in the Press.

With platforms like Twitter and Facebook, news no longer is controlled by a select few — social media democratised access to news to the extent that it is now deciding the narrative in the mainstream. Bell tolls for liberals. The Right is sweeping the world, can Liberals survive 2017? If wishes could dislodge, Narenrdra Modi would have by now been back to selling chai. The ‘Intellectuals and liberals’ who monopolised the media had been used to three Ps ‘pelf, power and privilege’ under their Patron Saints, the Gandhis. The coming of Modi in South Block made them persona non grata in the PMO, the power centre, where they used to frequent as if it was their relaxation centre.

In today’s age, even if the mainstream media chooses to black out some event, people get to know about it through the social media.

And this is exactly what has been happening in West Bengal where communal riots have been erupting with frightening regularity, thanks to Mamata Banerjee’s shameless policy of minority appeasement. However, the silence of the mainstream media has also started backfiring.

For instance, the media blackout recent attacks by hard-line Muslims on Hindus spawned wild rumours that ignited passions in many other places across the state. That could have triggered widespread violence leading to full-fledged riots engulfing many areas of Bengal. Banerjee has only her good fortune to thank that this did not happen.

But she wasn’t so fortunate two months ago when news of an attack by Muslims on a Goddess Durga idol immersion procession at a village in Malda district, followed by attacks on homes and shops of Hindus, was suppressed. No newspaper or periodical or TV channel; carried reports of the attacks. But social media stepped into the void and within a couple of hours, news and video clips of the attack spread throughout the state.

Rumours of Muslims having attacked Durga Puja mandaps and defiling idols of the Goddess, as well as attacks on temples, also spread and gained intensity with increasing circulation. In the absence of any news of the attack being disseminated by the mainstream media and TV news channels, people believed in the wild and baseless rumours. Hindus were incensed, and this led to communal riots in as many as 12 other places in different parts of the state.

The mainstream media brought more shame upon itself when, over the next few days, it started publishing and broadcasting news of Muslims being attacked. The original attack by Muslims on the immersion procession was not even mentioned in passing and the fact that the communal  riots that followed from that was a reaction by angry Hindus was suppressed in a sinister fashion. This unfortunate bias of the media, both local and national, has not been lost on the Hindus of Bengal.

It is not just news of attacks on Hindus by Muslims and the consequent communal clashes that follow that is blacked out by the media. It has become the standard practice for the media to black out news of any demonstrations, rallies or protests by Muslim hardliners in Bengal on the grounds that such coverage could lead to communal tension and, more importantly, would show the Muslim community in a poor light.

The mainstream media’s deafening silence on recent communal incidents, combined with its deeply ingrained habit of looking the other way, when Islamists break the law, has led to a steady erosion of its credibility. The majority community in Bengal no longer trust the mainstream media to be fair and objective when it comes to the minority community. In such a situation, more credence is given to unsubstantiated news and rumours masquerading as news. And this can be dangerous for a state like Bengal where the situation is turning increasingly volatile.