Sadma to be remade 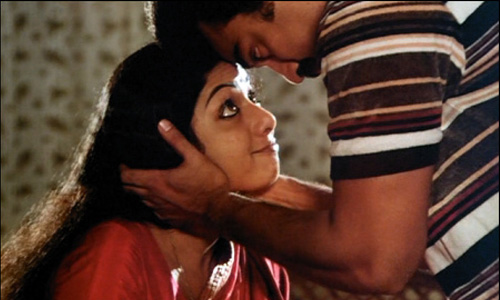 Director Balu Mahendra’s 1983 classic Sadma, starring Kamal Hassan and Sridevi, is all set to be remade by ad filmmaker Llyod Baptista. Sadma, which was a remake of Tamil film Moondram Pirai, saw Sridevi play a young woman who regresses to childhood after a head injury. She ends up in a brothel where she is rescued by a lonely school teacher (Haasan) who falls in love with her. “Yes I am remaking ‘Sadma’. It’s a beautiful film, I had seen it as a young boy and the last scene was always stuck in my mind. I feel the current generation who doesn’t believe in love needs to see films like ‘Sadma,” Llyod told PTI. The filmmaker says casting director Mukesh Chabhra is working on the film and they are in talks with few big names to play the lead roles. Haasan bagged a national award for his role in the Tamil original.