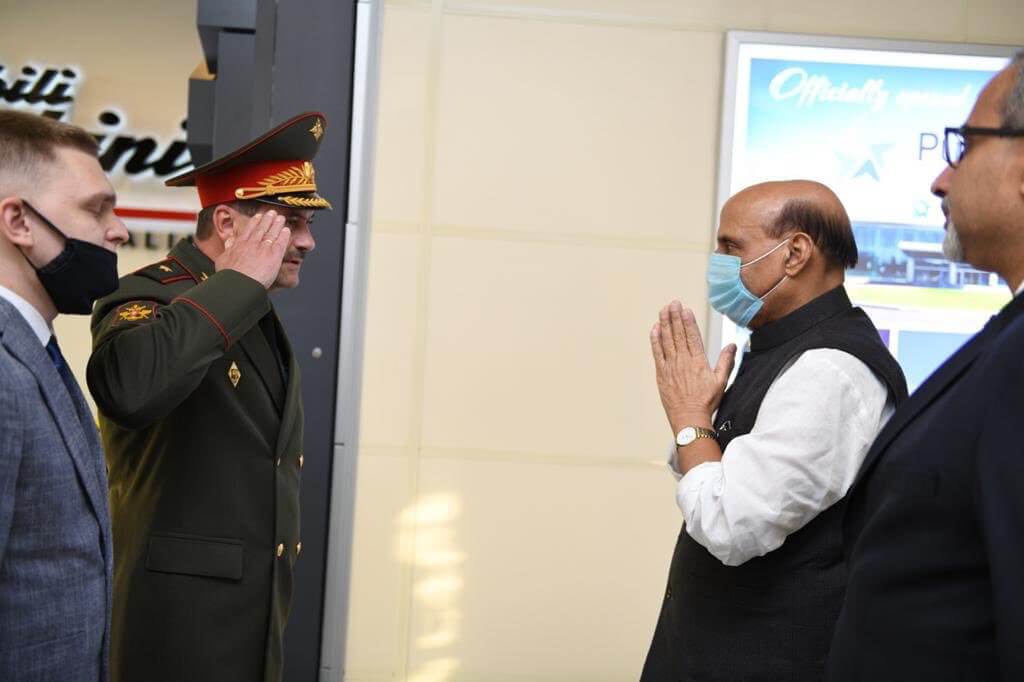 Defence Minister Rajnath Singh has reached Russia to attend the Shanghai Cooperation Organization Defence Ministers’ Meet. The Defence Ministers of all eight SCO member nations are expected to deliberate on regional security challenges like terrorism and extremism and ways to deal with them collectively in Moscow tomorrow.

Mr. Singh is visiting Moscow at the invitation of Russian Defence Minister General Shergei Shoigu. During his three day visit, Mr Singh will also take part in the meeting of Collective Security Treaty Organization (CSTO) and Commonwealth of Independent States (CIS). The Defence Minister said in a tweet that he will be meeting his Russian counterpart General Shoigu to discuss bilateral cooperation and issues of mutual interest. He said, India and Russia are privileged Strategic Partners and he is looking forward to further this partnership during the visit.