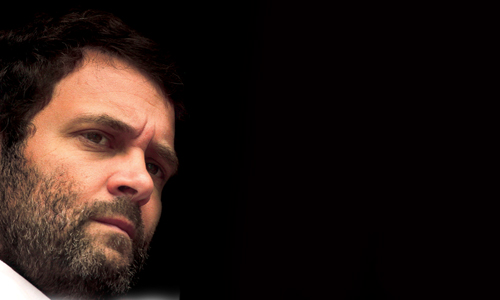 The Kisan Yatra of Congress vice-president Rahul Gandhi which started in Deoria may have been shrouded in the ‘khaat-loot’ controversy, but it certainly seems to have set the political agenda for the upcoming Assembly polls in UP in 2017. Rahul has stumped his opponents by playing the farmer card whereas all the other parties are trying their best to make the caste the focal point for the upcoming Assembly elections in the state.

Whether he succeeds in reversing the Congress’ fortunes with his strategy in India’s most politically crucial state is a thing which we have to see in the future, but the ‘Prince” has been successful in raising the issue that had been put on a back burner by other political parties in previous election campaigns.

The absence of a new crop of farmer leaders in the Hindi heartland has given the Congress an opportunity to fill this void that it feels would pay dividends not only in the state elections but also in the 2019 general elections. Even Rahul’s detractors, who had earlier ruled out any revival of the party in UP, are calling it a political masterstroke which they believe will force the Congress’ opponents to rethink their strategies and step up their efforts in wooing this crucial segment that once held considerable influence in determining who ruled UP.

All the political analysts who had earliar dismissed any chance of the Congress resurgence, are seemingly excited with Rahul raising the farmers’ concern. The Congress has intelligently raised farmers’ issues which are hard to ignore. It means that ultimately every party would be forced to react and respond. Rahul has added a new dimension to UP politics. The Congress suddenly is one of the most talked about parties in the state.

The Congress’ decision to talk about farmers is also being seen as a game changer in UP politics and though the chances of party getting a majority in state assembly seems rather farfetched, it has certainly put the Congress in a position to give a tough fight to its opponents. “No one expects the Congress to get a majority, but it is now being seen in position where it can certainly play the role of a kingmaker. Winning UP is no longer a cake walk and this contest would go down to the wire,” said a Lucknow based Congress leader while talking to Catch News. However, others are still apprehensive about the Congress’ ability to use this momentum to its advantage. Agriculture remains a crucial political agenda and it can only be done if the party has the wherewithal to do so which is also a distant dream as the party lacks any organisational structure on the ground.

Political pundits are of the view that raising a political agenda means first floating it and then cashing on it, but with the Congress’ dismal organisational structure, it seems difficult. If one come up with a brilliant idea and can’t sell it then others are bound to use it to their advantage. Rahul has taken the lead, but will he be able to hold on to it and even exploit it is debatable in prevailing circumstances.

The detractors of the party disagrees that the Congress has set the political agenda which they considers includes a wider gambit of issues. They say that it is an electoral agenda and caste still remains the practical aspect of state politics which just can’t be ignored. Going by the Uttar Pradesh’s political history the state is terribly divided on caste lines and it is difficult to make inroads in these closed caste groups and it has forced the Congress to take up the class issue.

Calling farmers issues still a major factor in UP’s politics, political analysts say that what Rahul is trying to do is not new and several prominent leaders have tried to milk it to their advantage, but failed. Here one should be reminded of Chaudhary Charan Singh and Mulayam Singh Yadav, who too tried to homogenise farmers from different parts of UP and were largely unsuccessful.

But others differ from this viewpoint and credit Rahul for using the space abandoned by other mainstream political parties. They point out that how in the last two three decades farmer leaders have increasingly become irrelevant. All the farmer leaders can be a hero at local level but at national level they become a zero. Farmers have often accused them that their politics is all about securing a party ticket and once they get one, farmers are soon forgotten. 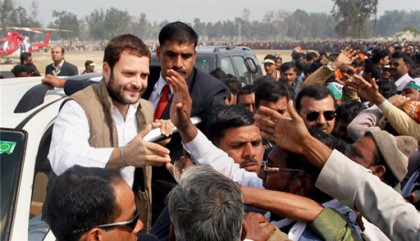 In his 25 days on the roads of Uttar Pradesh, Rahul Gandhi visited around 14 temples, three mosques, six dargahs, three gurdwaras and one cathedral. For a political odyssey aimed at shoring up the decimated fortunes of Congress in UP, the 2,500  km journey has been rich in religious symbolism and the underlying effort to convey a political message.

There is no denying that despite the focus on khaat sabhas and alluring ‘loan waiver’ ‘, the Congress heir-apparent attracted attention for the number of shrines he visited. The temples made it clear that Congress’s secularism is not “anti-Hindu” and the other halts, including Deoband, were well chosen too. Political bazaar has been abuzz with the talk of a ‘Congress reset’ since Narendra Modi-led BJP’s triumph in national elections.

However, Rahul’s political opponents are not so kind in their words and blame the Gandhi family for all the ills that the farmers in this country face. Calling it political opportunism, they say this is not the first time that the Gandhi scion has raised this subject before elections. BJP was particularly harsh in its comments and blames the Nehru-Gandhi family for neglecting farmers’ issues since independence.

“These are crocodile tears being shed by Rahul. Out of the 70 years since Independence, Congress has ruled for 60 years and they are the ones who should take the blame. Why is he raising this issue now? He wants to exploit it for electoral gains and anyways no one takes him seriously. So, we are not bothered by his theatrics,” said BJP leader Dr Dinesh Sharma who is also the Mayor of Lucknow while talking to Catch News.

Samajwadi Party leader Ashok Yadav too criticised Rahul’s timing for raking up this issue and said he should not be taken seriously since Congress is nowhere in the race. “They don’t have a farmer face and even Rahul doesn’t match the profile of someone raising farmer’s issues. Farmers know this is political opportunism. The issue is right, but not his timing and intentions,” said Yadav.

If one look, at the history, it suggests that Rahul’s efforts to woo this particular class did not yield desired electoral gains that he had hoped for. But it is different this time and much of the credit goes to star strategist Prashant Kishor’s advertising blitzkrieg that has created a certain buzz about the Congress. And he still has one more ace up his sleeve that could be yet another game changer which is bringing Priyanka Gandhi in the fray. The Congress has planned an extensive campaign schedule for Priyanka Gandhi and if she too succeeds in touching the right nerve, Congress could witness an upsurge in its popularity which should intimidate other political players in the fray.