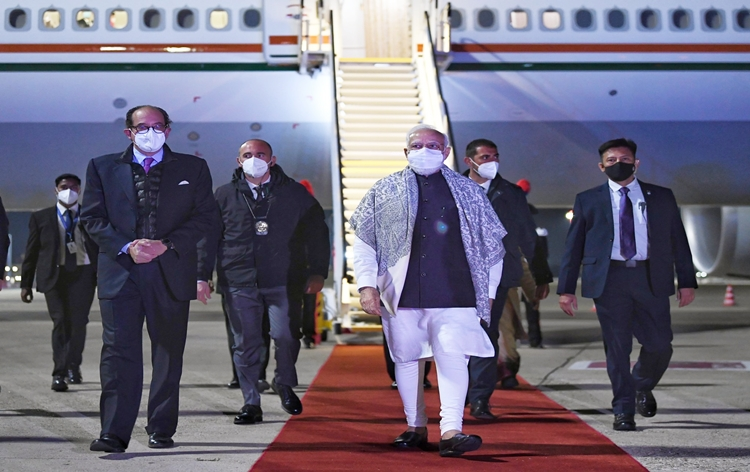 Prime Minister Narendra Modi has arrived in Rome, Italy to attend the 16th G-20 Summit. Mr Modi will participate in the Summit from 30th to 31st of this month at the invitation of Italian Prime Minister Mario Draghi. The summit will be attended by Heads of State of G-20 Member Countries, the European Union, and other invited countries and International Organizations.

During the first leg of his visit to Italy, Mr. Modi will today hold a joint meeting with President of European Council Charles Michel and President of European Commission Ursula von der Leyen. He will then depart for Piazza Gandhi and pay floral tribute to the bust of Mahatma Gandhi. In the evening, Mr Modi will hold a bilateral meeting with the Prime Minister of Italy Mario Draghi.

During the second leg of his visit, Prime Minister Modi will leave for Glasgow to attend the World Leaders’ Summit of the 26th Conference of Parties (COP-26) to the United Nations Framework Convention on Climate Change. The high-level segment of COP-26 will be held on the 1st and 2nd of next month. It will be attended by Heads of State of more than 120 countries.