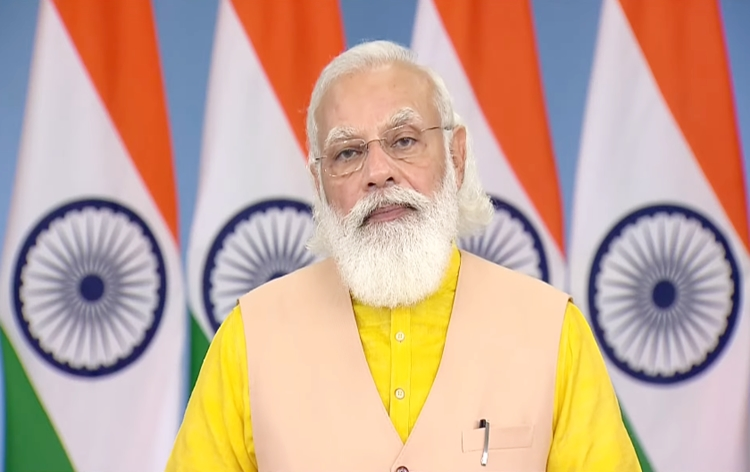 Prime Minister Narendra Modi will reach Aligarh today and lay the foundation stone of the university named after great freedom fighter, educationist and social reformer, Raja Mahendra Pratap Singh and will also inaugurate the Aligarh node of the defence corridor. Chief Minister Yogi Adityanath yesterday visited the programme venue in Aligarh and took the stock of preparations. In wake of Prime Minister’s programme, elaborate security arrangements have been put in place. Uttar Pradesh Governor Anandi Ben Patel will also grace the occasion. AIR correspondent reports that the university in the memory and honour of the great freedom fighter Raja Mahendra Pratap Singh is being established by State Government in a total area of over 92 acres at village Lodha and village Musepur Kareem Jarouli of Aligarh’s Kol tehsil. This upcoming university will have skill development and other vocational courses and about 395 colleges connected with Aligarh, Hathras, Kasganj, Etah and nearby areas will be affiliated and benefitted.

A total area of 200 acres has been acquired for the Aligarh Defence Corridor project. Initially, this project will host 19 industrial units with a total investment outlay of around 1245 crore rupees. The defence corridor was announced by the Prime Minister in 2018. The Uttar Pradesh Defence Corridor connects Aligarh, Agra, Kanpur, Lucknow, Jhansi and Chitrakoot projects. The Defence Industrial Corridor will help in making the country self-reliant in the field of defence production and promoting ‘Make in India’. Chief Minister Yogi Adityanath has said that both these projects in Aligarh will become the development axis for Aligarh and adjoining areas.