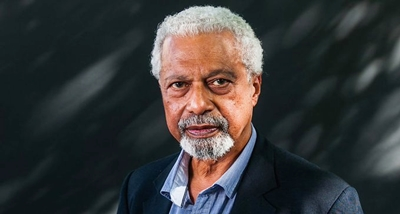 Abdulrazak Gurnah was born in 1948 and grew up on the island of Zanzibar in Tanzania in the Indian Ocean but reached England as a refugee at the end of the 1960’s. Until recently, he was Professor of English and Postcolonial Literatures at the University of Kent, Canterbury. 73 year old Gurnah has published ten novels, including Paradise and Desertion and a number of short stories.

The Swedish Academy in a statement said that the theme of the refugee’s disruption runs throughout Abdulrazak Gurnah’s work. He began writing as a 21-year-old in English exile, and although Swahili was his first language, English became his literary tool.

The statement added that Abdulrazak Gurnah consciously breaks with convention, upending the colonial perspective to highlight that of the indigenous populations. Thus, his 2005 novel ‘Desertion’ which is about a love affair, becomes a blunt contradiction to what he has called the imperial romance.