No Love, But Jihad

Change is the eternal law of the world. Change in the thought process of man/woman and society does take place with time. But when owing to a person, there is change in values of the society, then it is a matter of serious introspection. The incident of Akhila Ashokan becoming Hadiya is one such incident. This incident shows how deep the radical Islamic conversion system is in the country, where Islamic radical groups target Hindu girls studying alone in colleges far from their homes and families to convert them into Islam. Money corrupts even the best, sane and sensible heads. In this Jihad, girls are befriended rather too easily by moneyed boys. Besides, the Jihadi Romeos are suspected of being given special ranks, rewards, and money for carrying out their operation of tempting and trapping more and more girls into this. The allegations have raised concerns in various Hindu and Christian organisations, while Muslim organisations in Kerala have denied that these are true. “Freedom first” does not mean one should have the freedom to go on the wrong path. Whatever is the truth of the marriage, the ‘secular’ brigade, championing the cause of Hadiya, seems to suggest that if a girl has chosen to become a Muslim after marrying a person with Jihadist background, the girl’s freedom must be respected, and no attempt should be made to bring her back. This brigade, however, does not find any fault with those who brainwashed the girl to convert her religion. What else can we expect from the pro-terrorist ‘secular’ brigade that supported the likes of Yakub Memon and Afzal Guru? Sadly, pain of the parents is not the concern of this brigade. Meanwhile, the deafening silence of Islamic organisations, religious bodies, Quranic experts in failing to condemning this form of Jihad have raised more questions than answers. While they are too quick in issuing ‘fatwas’ at the drop of a hat, why none of them ever issued a ‘fatwa’, at least condemning if not proscribing the practice of this Jihad, is very amusing . Or can it be said that the practice of ‘Love Jihad’ in India enjoys their blessings for furthering Islamic cause. They can’t afford to look in the past for inspiration when the rest of the world is looking forward to the hopes and aspirations ushered by ‘knowledge capitalism’ of the coming century.

Idyllically, love is one of the most transcendent forms of human expression. Two people yielding to this benevolent emotion must be given moral, legal and social support. Love is dignified as spirituality in Indian tradition. Inter-community marriages are welcomed, if based on mutual consent. There are umpteen examples of public figures with spouses from another community, around the world. However, when a marriage is based on hidden motives, deliberate actions or falsehood, it engenders problems violating two people’s privacy. If an inter-community marriage forces a girl to forsake her religious identity and freedom, it sows suspicion and calls for increased sociological attention. Hindu or Christian girls getting married to Muslim boys had hardly been an issue till cases of abandonment and forced conversion came to the fore. Against this backdrop, it is worth mentioning that the ‘secular’ brigade argues that do not worry about Hindu men and women becoming Muslims because our religion will not become weak or extinct by some Hindus converting into Islam; Remember the fact that despite Islamic invaders and European missionaries indulged in various tactics for conversion including killing, today we are 1 billion plus Hindus; If Hitler couldn’t finish 10 million Jews, how can anyone finish us. But this brigade forgets the fact that when India was invaded, there was Zero Muslim! But now there are about 200 millions. Why does this brigade think that their religion can’t be destroyed? Look at Pakistan, Bangladesh and Afghanistan, are there many Hindus there. In fact, in Pakistan, the Hindus are only 1 or 2 per cent compared to almost 40 per cent back in 1947. India is going in the same direction. Therefore, it cannot be gainsaid that free speech and empirical facts on Islamic Jihad must be respected, published and widely disseminated for creating greater awareness about this dangerous malice, or else, our cherished liberal values like democracy, secularism, tolerance etc will be decimated by continuous onslaughts of global Islamic Jihad. 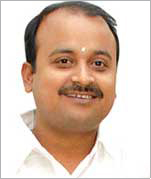