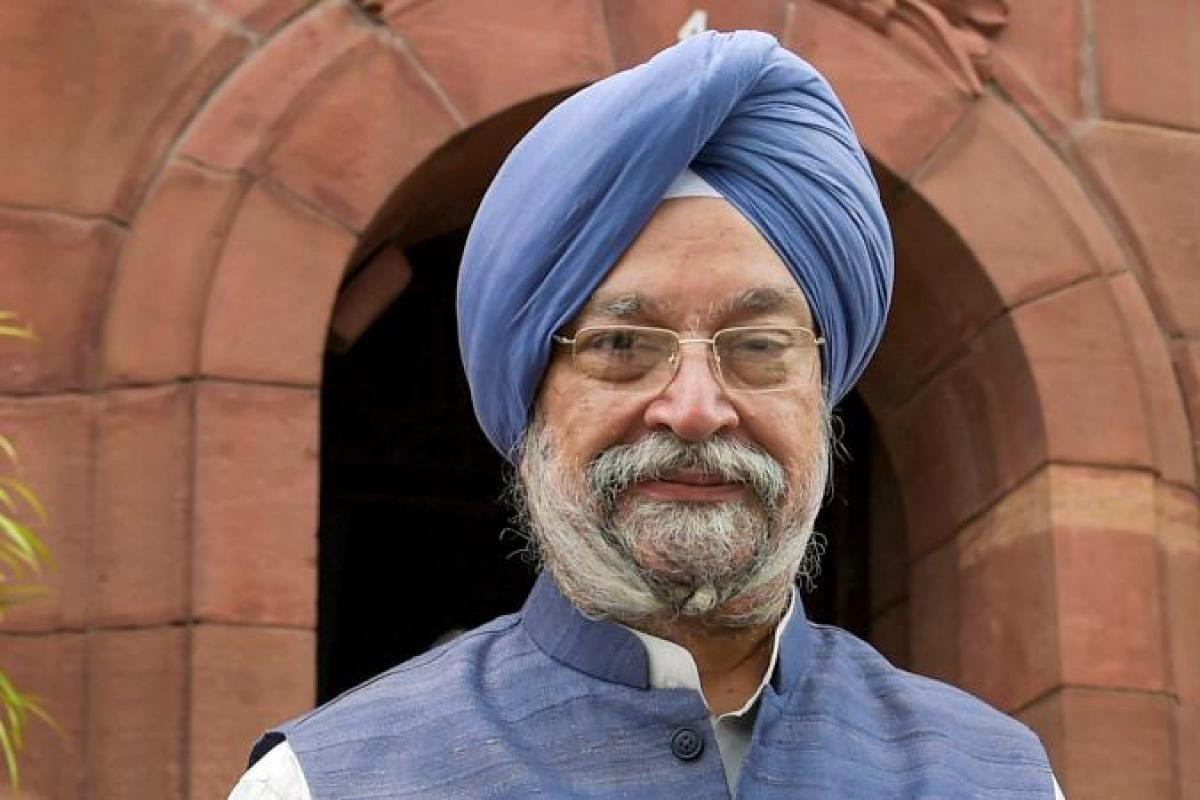 The Second day of the monsoon session of Parliament was productive.  Aircraft (Amendment) Bill, 2020 was passed in Rajya Sabha.  It has provisions to convert three existing bodies under the Ministry of Civil Aviation into statutory bodies. These three authorities are, the Directorate General of Civil Aviation, the Bureau of Civil Aviation Security and the Aircraft Accidents Investigation Bureau. Under the bill, each of these bodies will be headed by a Director General who will be appointed by the centre. 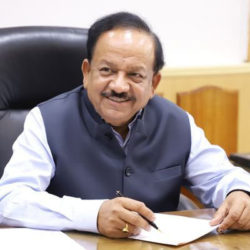 Union Health Minister Harsh Vardhan in Rajya Sabha said that COVID-19 fatality and recovery rates stand at 1.67% and 77.65% respectively. India has been able to limit its cases and death per million to 3,320 cases per million and 55 deaths per million which is one of the lowest in the world.

In a response to a written query raised by Trinamool Congress MP Mala Roy on the migrants walking to their home states and dying on the way, the Home Ministry said that the mass exodus was caused by “panic created by fake news” regarding lockdown rules.

“The migration of a large number of migrant workers was triggered by panic created by fake news regarding the duration of lockdown, and people, especially migrant labourers, were worried about an adequate supply of basic necessities like food, drinking water, health services and shelter,” said Minister of State for Home Nityanand Rai.

On the third day of the monsoon session various bills were passed in the parliament. on third day Parliament  passed the Institute of Teaching and Research in AyurvedaBill, 2020. The Bill seeks to merge three Ayurveda institutes into one institution: Institute of Teaching and Research in Ayurveda. The Billdeclares the Institute to be an institution of National Importance.

Replying to discussion, Health and Family Welfare Minister Dr. Harsh Vardhan said, the government is committed to promote the ancient medicine system including Ayurveda. He said, Ayush Ministry has initiated the process to give deemed university status to all its national institutes. On members’ questions, why Jamnagar Institute has been selected for making an institute of national importance, the Minister said, it has been chosen in an objective manner as Jamnagar institutes are oldest Ayurveda institutes.

While supporting the bill, Prashant Nanda of BJD said, the world is looking towards India for quality education in the field of Ayurveda. Dr K Keshava Rao of TRS, Vijayasai Reddy of YSR Congress, Manoj Jha of RJD, Veer Singh of BSP also participated in the discussion. 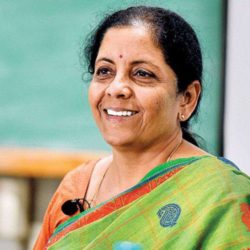 “No infiltration reported along Indo-China Border during last six months”

No infiltration has been reported along the Indo-China Border during the last six months. This was stated by Minister of State for Home Affairs Nityanand Rai in a written reply in the Rajya Sabha today.

Giving the details of infiltration attempts along the Indo-Pakistan Border in the last six months, he said, total numbers of 47 such attempts have been reported.

The Minister said, the government has adopted a multi-pronged approach to contain cross border infiltration including multi-tiered deployment along the International border, Line of Control, improved intelligence and operational coordination.

The fourth day of the monsoon session was fully devoted to Soldiers And farmers. On one hand Raksha Mantri addressed Rajyasabha on Ladakh situation, on the other hand Lok Sabha passes Farmers’ Produce Trade and Commerce (Promotion and Facilitation) Bill, 2020, and Farmers (Empowerment and Protection) Agreement on Price Assurance and Farm Services Bill, 2020. 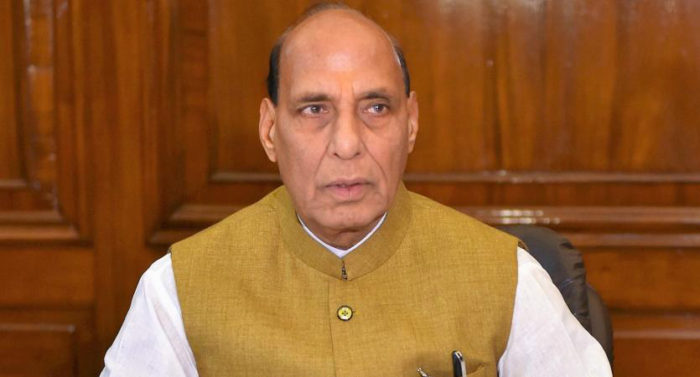 On fourth day while addressing Rajyasabha Raksha Mantri  Rajnath Singh  said that India is committed to resolve the current border issue with China through a fair and peaceful manner and at the same time the country is also prepared to deal with all contingencies. He said, China is trying to change the status quo at the Line of Actual Control which is unacceptable to India at any condition. The Defence Minister was making a statement in the Rajya Sabha on the development on border in Ladakh region.

Raksha Mantri said, the current situation is very different both in terms of scale of troops involved and number of friction points. He said, conduct of Indian forces throughout the standoff shows that while they maintained patience in face of provocative actions, they also equally displayed valour when required to protect territorial integrity of the country.

The Raksha Mantri added that Chinese actions reflect a disregard to various bilateral agreements and amassing of the troops by China goes against the 1993 and 1996 agreements.

The Minister added that Indian government has doubled the budget for border infrastructure development. He said, China continues to be in illegal occupation of around 38,000 square kilometres in Ladakh and Pakistan illegally ceded 5,180 square kilometres of Indian territory in Pakistan-occupied Kashmir to China. Mr. Singh said, border issues are a complex matter and both India-China have accepted that peace is essential for bilateral ties.

Later, leaders cutting across party lines spoke in one voice against the Chinese aggression and reiterated their commitment to support the government and armed forces. Leader of Opposition, Gulam Nabi Azad said, Congress is committed to protect the unity and integrity of the country. P. Wilson of DMK, Ravi Prakash Verma of Samajawadi Party also extended their support to the government. Sanjay Singh of Aam Adami Party, Prem Chand Gupta of RJD, Binoy Vishwam of CPI, Elamaram Karrem of CPI(M), Veer Singh of BSP and other also supported the government on this issue. 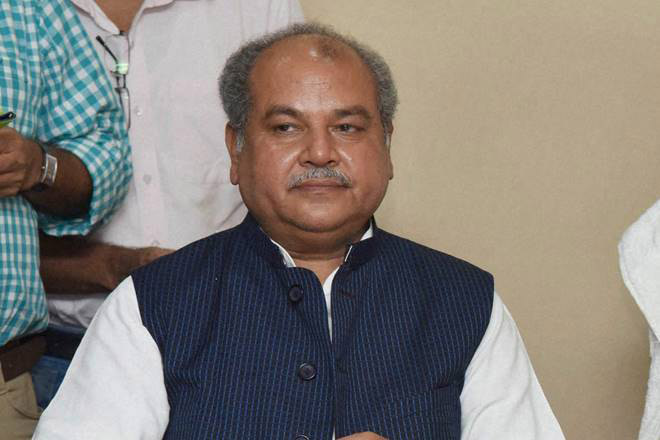 On the fourth day of the monsoon session Lok Sabha passes Farmers’ Produce Trade and Commerce (Promotion and Facilitation) Bill, 2020, and Farmers (Empowerment and Protection) Agreement on Price Assurance and Farm Services Bill, 2020. Terming the bills as historic, Union Agriculture Minister Narendra Singh Tomar said they will bring revolutionary changes in the life of farmers in the country. The minister asserted that the new legislation seeks to free the farmers from the clutches of Mandis and Farm Produce Markets.

Allaying the apprehensions of few members over the bill, Mr. Tomar clarified that the bills will not dilute the APMC Act in any way. He said, Minimum Support Price (MSP) for farm produce will continue to remain in force and the bill will additionally fortify the farmers to reach out to interstate markets.

The Farmers’ Produce Trade and Commerce (Promotion and Facilitation) Bill, 2020 also permits the electronic trading of farmers’ produce and allows setting up of transaction platforms for facilitating their direct online buying and selling through electronic devices and internet. The legislation prohibits state governments from levying any market fee, cess or levy on farmers, traders, and electronic trading platforms for trade of farmers’ produce conducted outside the State Mandis. 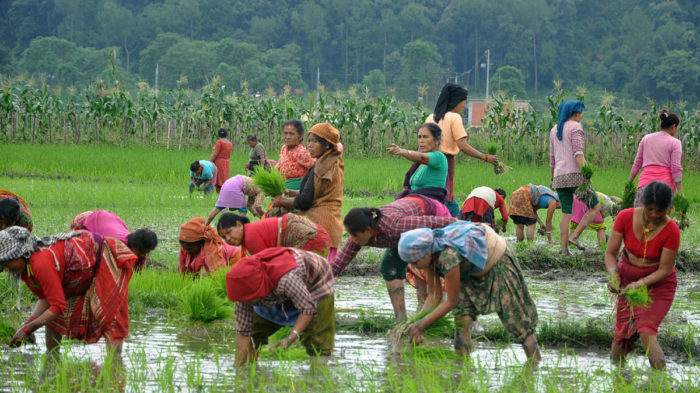 RSP member, NK Premchandran opposed the bill and said that the government is trying to bulldoze these bills on farmers under these testing times of a global pandemic. He demanded that the bills may be referred to a standing committee for further consideration. Congress Member Ravneet Singh while opposing the bill said that Agriculture being a subject of concurrent list, the state governments should be taken on board before tabling such bills in the Parliament. TMC member Mahua Moitra opposed the bill and termed it to be against the federal structure of the country. DMK, IUML were also among the political parties which opposed the bill. TDP and JDU supported the bill in the Lok Sabha.

Shiromani Akali Dal member Sukhbir Singh Badal vehemently opposed the Bill and said that it will erode the effects of all agriculture related development works done by successive Punjab governments over the last 50 years.  He said, in the protest against the Farmers’ Produce Trade and Commerce (Promotion and Facilitation) Bill, 2020 and the Farmers (Empowerment and Protection) Agreement on Price Assurance and Farm Services Bill, 2020, Union Minister for Food processing Industries Harsimrat Kaur Badal will resign from her post. 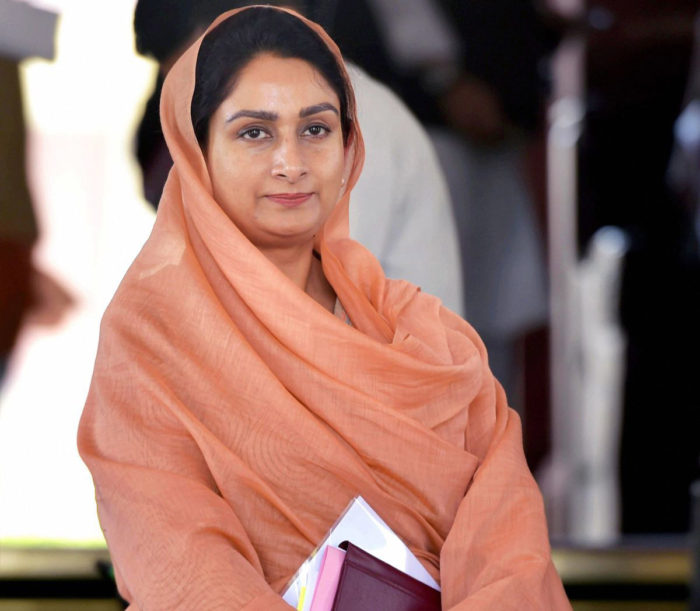 Union Minister for Food Processing Industries Harsimrat Badal has resigned in protest of  the Farmers’ Produce Trade and Commerce (Promotion and Facilitation) Bill, 2020 and the Farmers (Empowerment and Protection) Agreement on Price Assurance and Farm Services Bill, 2020.

Harsimrat Badal belongs to Shiromanu Akali Dal. It is reported that the Union Minister Harsimrat Kaur Badal had sent her resignation to the Prime Minister.