MH 370: Mystery that rattled the World 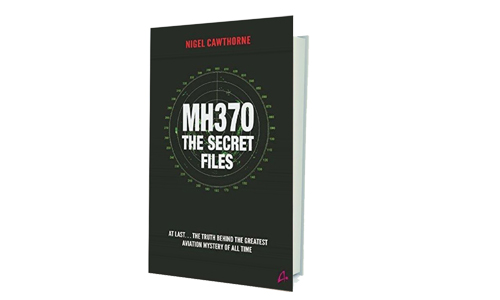 On 8 March 2014, Malaysia Airlines Flight 370 took off from Kuala Lumpur International Airport bound for Beijing. Less than an hour after take-off, somewhere over the South China Sea the plane simply vanished. One eyewitness saw a burning object crash into the sea. But confusing radar signals trace tracked an aircraft taking an erratic course across the Malaysian peninsula, then on to the Andaman Sea. A multi national search for the missing Malaysian Airways airplane immediately got underway. The plane, which was travelling from Kuala Lampur to Beijing, disappeared midway along with its 239 passengers. A Singaporean search flight had reported seeing a ‘strange object’ in the South China Sea as everybody was hoping to find some piece of evidence that would explain the curious case of a missing airplane.

Multiple theories have already popped up. Some say that the airplane crash landed at a high speed disappearing under the water, others feel that there was a hijacking goof up leading to a change in the planned route. Whatever be the theory, flight MH370 is another instance where people have just vanished into thin air.

Many conspiracy theories have made its way to the headlines of various newspapers all across the globe. Questions like did the plane crashed in the Andaman seas? Or did it fly on to land safely in disputed lands of Central Asia, or the top secret CIA ‘black site’ on Diego Garcia? Data from the Rolls Royce engines tracked by Inmarsat ( a satellite based navigation system) was said to indicate that it might have ditched in the furthest reaches of the South Indian Ocean. We know more about the surface of the moon than the bottom of the sea there. And the weather and currents are so bad, it may never be found. Convenient? Two years later, the Australians were still searching – at the cost of billions – and have found nothing. But was the search in such a remote place part of a cover-up to distract the world’s attention because the US Navy had, in fact, shot the plane down? The above-mentioned questions and various conspiracy theories were aggregated by the author Nigel Cawthorne in the book MH370: the Secret Files. Since the invention of radio, radar, satellite navigation and the internet, the world has become a smaller place. The answer to these questions must be out there. Or, perhaps, hidden within the pages of the secret files.

In a nutshell this book is an interesting read, covering a plethora of theories concerning the disappearance of flight MH 370 at the time. The book was first published in 2016 and its third impression was released in 2017.