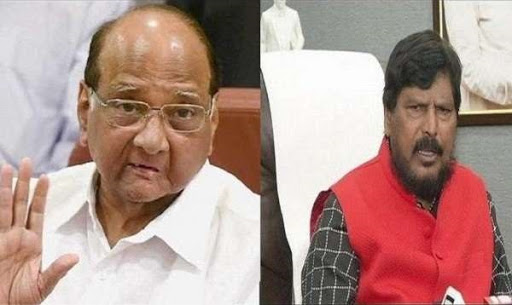 In Maharashtra, seven candidates including Nationalist Congress Party chief Sharad Pawar and Union Minister of State for Social Justice Ramdas Athawale have been elected unopposed to the Rajya Sabha.

The other elected candidates include Bharatiya Janata Party’s Udayanraje Bhosale and Bhagwat Karad along with NCP leader and former Maharashtra Minister Fauziya Khan, Shiv Sena’s Priyanka Chaturvedi and former Congress MP Rajiv Satav. The official announcement in this regard was made in Mumbai last evening.

The biennial elections for the seven seats of Rajya Sabha were scheduled to be held along with 48 other seats across the country.