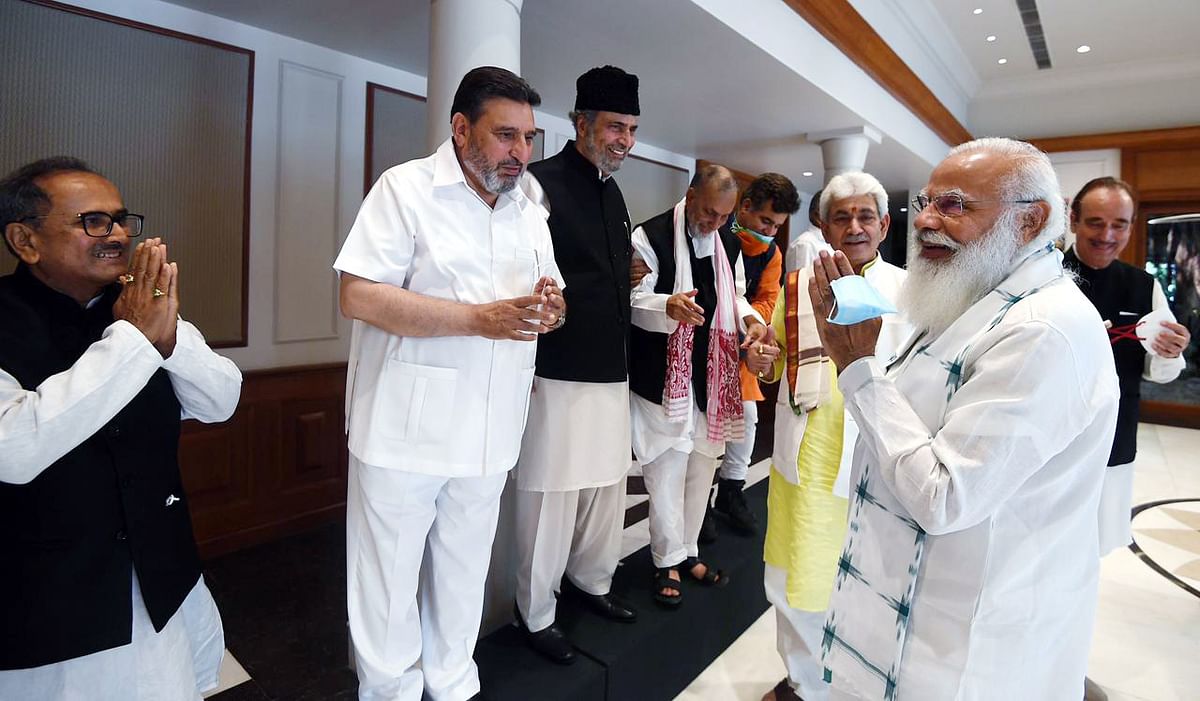 It may not be a mere coincidence that within four days of Prime Minister Narendra Modi’s meeting with political leaders of Jammu and Kashmir, Air Force station in Jammu witnessed drone attacks. These attacks are proof that the enemy country does not want peace to be established in India, that the common man should live in peace, that the misguided people should shun the gun culture. The question that arises is: How to deal with this type of terrorism? Car bombs, truck bombs, human bombs and now drone attacks–who is helping these violent and disturbing conspiracies? Who is giving shelter to these terrorist incidents on the border of the nation? Dialogue on one hand and terrorism on the other–how is this possible? This terrorist attack has come to the fore as soon as the beginning of the democratic process in Jammu-Kashmir was initiated, following the talks between Prime Minister Narendra Modi and political leaders of Jammu-Kashmir. But Pakistan does not want a democratic government to be formed in Jammu -Kashmir. After the abrogation of Articles 370 and 35 A, it has no longer been easy for Pakistan to infiltrate into India or carry out terrorist attacks. So, it has used this new method. The way the Kashmiri people have expressed their thinking in the last twenty-two months, its message is clear. Now, Kashmiri people want that there should be peace. When there is peace, it is obvious that tourists from India and all over the world will come there. This will bring the economy of the tourist-centric Jammu-Kashmir back on track.

Against this backdrop, it is worthwhile mentioning that the Central government has taken several steps for the improvement of business and trade sector in Jammu-Kashmir. These steps played an instrumental role in the development of the region. The government allocated grants of more than 30 thousand crore rupees for the development of Jammu-Kashmir. In addition, Global investment summits have been organised to attract the investors to make investment in the region. Reforms have been made in all the departments to make better synergy between them and remove the hindrances. The J&K administration has also approved the establishment of two centres for invention, innovation, incubation and training, which will strengthen the partnerships between industry and academia in technical fields. Similarly, in the medical field, two All India Institutes of Medical Sciences, seven new medical colleges, five new nursing colleges and a State Cancer Institute are planned. A student health card scheme has also been launched to ensure better healthcare for school children. Under these scenarios, it cannot be gainsaid that obvious fallout to scrap the obnoxious Articles 370 and 35A was those provisions that run counter to the fundamental principles of equality and secularism, besides, the compelling need to protect our borders more tightly in the light of annoying developments in our west from the nexus of ISIS/Taliban/Pakis. Hence, the government of the day has rightly put a full stop on speculation on solutions and opened a window of opportunity for democratic, infrastructural, agricultural and educational development of Jammu-Kashmir.