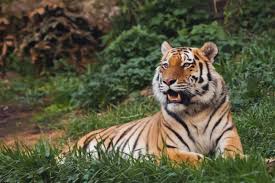 International Tiger Day will be celebrated today. The Day is celebrated on 29th of July every year across the globe to create awareness about tiger conservation. Union Environment Minister Prakash Javadekar released All India Tiger Estimation Report-2018 yesterday. He also released a poster on small wild cats of India.

Mr Javadekar said, India is home to nearly 70 per cent of the global tiger population and it leads the world in showing effective conservation of the wild species. He said, tiger is a precious gem of nature and its presence signifies that the forest is in good condition. He said, in 1973 there were only 9 tiger reserves in the country, which has now gone up to 50. Mr Javadekar said that apart from tigers, India is also home to 30 thousand elephants, 3000 single-horned Rhinos and over 500 lions.