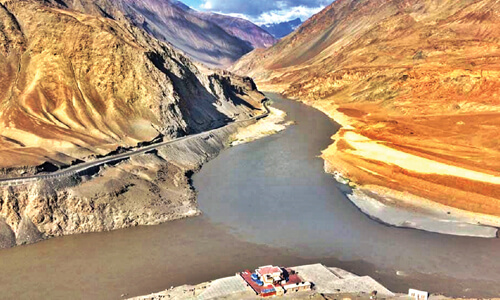 The Indus Water Commissioners from India and Pakistan met in Lahore for two days on 29th and 30th of August in Lahore.

This meet under the IWT (Indus Water Treaty) was scheduled to meet twice a year, but was abruptly stopped in 2014. It was only revived last March with a meeting in New Delhi followed by the current meet in Lahore.

The Indian team consisting of ten members was led by P.K. Saxena, Commissioner for Indus Waters and the Pakistani delegation was led by his counterpart- Syed Mohammad Mehr Ali Shah.

This was the first diplomatic engagement between India and Pakistan after Imran Khan took over as Prime Minister.  If there was any expectation on the Indian side that Pakistan’s approach will be more objective, it was not to be.

Prior to the meeting, the Pakistan media was full of articles of how India has consistently violated the Indus Water Treaty.  Kishan Ganga Project was mentioned many times though in 2013 the International Court of Arbitration permitted India to go ahead with the construction of the project subject to release by India a minimum flow of 9 cubic meters per second.  The interesting part of the arbitration was that the Court upheld India’s right to divert water for power generation.

In fact, in none of previous decisions by the “Neutral Experts” or the Courts, India’s right to use the water from rivers allotted to Pakistan for power generation has been questioned. Though the Pakistani press continues to call the three rivers Indus, Jhelum and Chenab as Pakistani rivers there are certain inherent rights for use of these waters by India under the Treaty. In one sense these are Indian Waters too as they flow through India!

On the eve of the talks, Federal Minister Shireen Mazari told the Senate that Pakistan would seriously pursue the water issues with India by taking firm and strong decisions with no concession as water was the country’s life line. 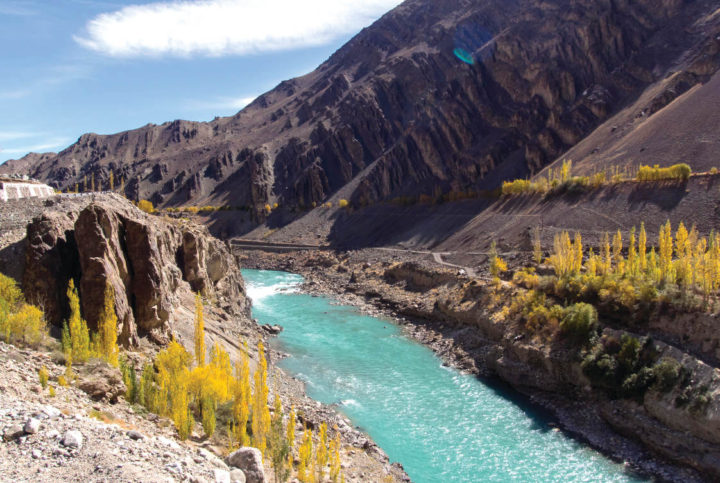 Pakistan is at last  seen to be more concerned about water scarcity and water management now than at any other time.  The PTI ( the Ruling Party) manifesto before the elections did mention that “solving Pakistan’s Water Security” would receive the highest priority. Blaming India for all its water problems as has been the practice will not take Pakistan anywhere.  The Indian delegation during this meet pointed out that Pakistan has built no major dams besides the Mangla and Tarbela project that were built long ago. The Supreme Court had to intervene to speed up the Neelam project. The Indus Waters provide seventy percent of irrigation in Pakistan and therefore water management of Indus is very crucial. Mismanagement and excessive use of limited availability of water have never been the concern of the authorities so far.

In the meeting in March this year, both sides discussed and shared details of water flow and the quantum of water used under the 1960 treaty.

In this meeting, the Pakistan side raised many technical objections on the two proposed projects by India namely- the Pakul Dul dam of 1000 mega watts and the Lower Kalnai 48 mega watt project on two tributaries of Chenab River.  Both are “run of the river projects.”

On the Pakal Dul and Lower Kalnai projects, Pakistan wanted

In May this year, Prime Minister Modi had laid the foundation stone for the Pakal Dul.  It was declared that the project will be completed within 66 months and there was a commitment to provide 12 percent of power free of cost to Jammu and Kashmir.

The Lower Kalnai project is located on the left bank of the tributary of Chenab and can have a gross storage of 1508 acre feet of water.

Discussion between the two teams on the objections raised by Pakistan did not yield any result and each team stuck to its earlier stance.  Towards the end of Thursday the general feeling was that the talks were deadlocked.

It was at this juncture that in order to avoid total failure, the Indian delegation agreed for a visit of the Pakistan teams by next month to the sites of the two projects, The Indian team assured the Pakistani counterpart to consider Pakistan’s objections and concerns seriously and resolving them amicably in the light of a technical memorandum to be prepared and exchanged between the two sides in the next meeting. It was indicated that the next round of talks will be final and conclusive.

There was no formal joint press conference and media publicity was avoided. Yet the Pakistani side is said to have warned that Pakistan would go for international arbitration if India ignores its concerns! This had come in the Pakistani Press!

Not that India is afraid of international arbitration.  The objections are mainly technical and any neutral Expert could solve it to the satisfaction of both sides.   Pakistan’s penchant to go to the court on every small issue should therefore be vigorously opposed by India.