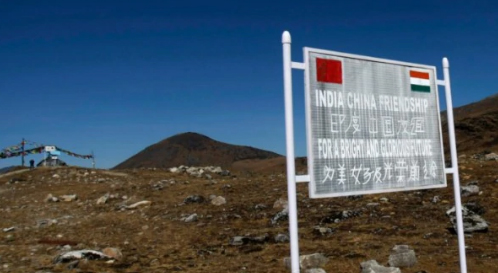 High level talks between the Indian and Chinese military officials are in progress at Moldo- Chushul border post on Chinese side. AIR correspondent reports, Lieutenant General level Army officers of India and China are holding discussions to address the current situation in the border areas. The Meeting was scheduled for 11 am but began slightly late following the ceremonial welcome to the India side Army delegation led by GoC, Fire and Fury Lt Genl Harinder Singh. Chinese side is represented by Major General Lin Lui who is the Corps Commander of South Xinjiang Military Division of PLA. Outcome of the discussion is awaited.

Ahead of the talks, Indian Army in a statement said, Indian and Chinese officials continue to remain engaged through the established military and diplomatic channels to address the current situation in the India-China border areas. This comes a day after the foreign ministry officials of both nations on Friday reviews overall scenario of bilateral relations.

Joint Secretary (East Asia) in Ministry of External Affairs Naveen Srivastava  held talks with Wu Jianghao, Director General in the Chinese Ministry of Foreign Affairs through video conference yesterday. In this context, they recalled the consensus reached by the leaders of the two countries that peaceful, stable and balanced relations between India and China will be a positive factor for stability in the current global situation.

Both sides also agreed that in accordance with the guidance provided by the leadership, the two sides should handle their differences through peaceful discussion, bearing in mind the importance of respecting each other’s sensitivities, concerns and aspirations and not allow them to become disputes.