India to explore indigenous deposits of Phosphatic rock, a step towards becoming ‘AatmaNirbhar’ in Fertilizer production 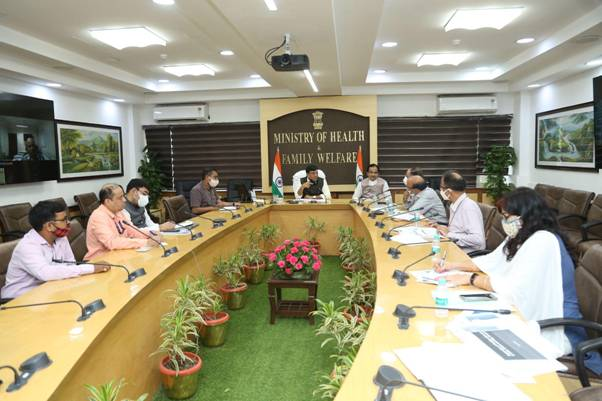 Union Minister for Chemicals & Fertilizers and Health & Family Welfare Shri Mansukh Mandaviya chaired a high-level meeting today to assess the situation of raw materials in the country for the manufacturing of Fertilisers.

He said, “To achieve this goal, we have to focus on scaling up production of fertilizers through indigenous raw materials. Currently we are dependent on other countries for raw materials to produce DAP and SSP primarily. India of the 21st century needs to reduce its dependencies on import. In order to achieve that goal, we have to explore indigenous deposits of Phosphatic rock and Potash and make it available to indigenous industries to produce DAP, SSP, NPK and MOP to cater the needs of Indian farmers.”

It is pertinent to mention that Rock Phosphate is the key raw material for DAP and NPK fertilizers. Currently India is 90% dependent on imports for this raw material. Volatility in international prices affects domestic prices of fertilizers. It hinders the progress and development of the agriculture sector in the country and puts extra pressure on our farmers, he added.

Shri Mandaviya also mentioned that the Union Government is ready with an action plan and will begin meaningful dialogue and deliberations with the states having deposits of mineral resources used for making fertilizers.

Shri Mandaviya underlined the importance of commercial exploration of Phosphorite deposits. He called for taking all the necessary steps for ramping up the production in the existing 30 lakh MT of Phosphorite deposits. The Union Government has handed over fertilizer mineral resource bearing GRs to the tune of 536 million tonnes to various states. These deposits are available in Rajasthan, central part of peninsular India, Hirapur (Madhya Pradesh), Lalitpur(Uttar Pradesh), Mussoorie syncline, Cuddapah basin (Andhra Pradesh). It was further decided that the Department of Mining and Geological Survey of India is going to expedite the exploration in the potential potassic ore resources in Rajasthan’s Satipura, Bharusari & Lakhasar and Uttar Pradesh, Madhya Pradesh, Rajasthan, Gujarat, Andhra Pradesh & Karnataka.