Home >> Incidents Happened Much Before Wife’s Death Cannot Be Treated As Conduct Which Drove Her To Suicide: SC
Legal Watch

Incidents Happened Much Before Wife’s Death Cannot Be Treated As Conduct Which Drove Her To Suicide: SC 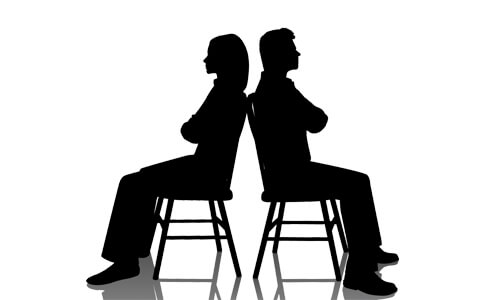 To start with, in a latest, landmark and laudable judgment titled Jagdishraj Khatta Vs. State of Himachal Pradesh in Criminal Appeal Nos. 539-540 of 2008 delivered by Supreme Court on April 26, 2019, it has been clearly and categorically held that the incidents which had taken place between husband and wife much before latter’s death by suicide could not be treated as the conduct which drove her to commit suicide. Very rightly said! It merits no reiteration that if the wife felt hurt by those incidents she would have immediately committed suicide and not waited calmly for such a long time!

Be it noted, Jagdishraj Khatta was convicted by the Himachal Pradesh High Court under Sections 498A and 306 of the Indian Penal Code, by overturning the acquittal recorded by the Trial Court. He was convicted by the Shimla High Court relying on the testimonies of the relatives of the deceased that the accused husband acted in a cruel manner against the deceased in front of her relatives, and the letter allegedly written by the deceased around the time of her death to her parents. Setting aside the Shimla High Court judgment, the Bench of Apex Court in its order restored the Trial Court of acquittal.

First and foremost, the ball is set rolling in this landmark and laudable judgment of Supreme Court authored by Justice NV Ramana for himself and Justice S Abdul Nazeer in para 1 wherein it is observed that, “These appeals are directed against judgment and order dated 09.01.2008 and 27.02.2008 passed by the Division Bench of the High Court of Himachal Pradesh at Shimla in Criminal Appeal No. 356 of 1993, whereby the appeal preferred by the State of Himachal Pradesh was allowed, and the judgment and order dated 03.04.1993 passed by the Additional Sessions Judge, Kangra, Dharamshala, Himachal Pradesh, acquitting the appellant-accused for offence under Sections 498A and 306 of the IPC and Section 30 of the Indian Arms Act, was set aside.”

Of course, while rebutting what was stated in para 4, para 5 then states that, “On the other hand, the learned counsel for the respondent-State supported the findings of the High Court and submitted that the same do not merit any interference by this Court.”

After hearing the submission of the learned counsels for both the parties as pointed out in para 6, it is then brought out in para 7 that, “On perusing the judgment of the High Court, we find that it has reversed the findings of the Trial Court by mainly relying on the following evidences: (1) the testimonies of the relatives of the deceased that the appellant acted in a cruel manner against the deceased in front of her relatives, and (2) the letter allegedly written by the deceased around the time of her death to her parents.”

While dwelling in detail, it is then pointed out in para 8 that, “With respect to the former, we are unable to agree with the reasoning of the High Court in relying on the testimonies of the relatives of the deceased. As highlighted by the Trial Court, not only were the allegations in the FIR extremely general in nature, but also the same were never raised by the family of the deceased when they were present at the time of preparation of the inquest report or to the investigating officer. In fact, the allegation of cruelty meted out by the appellant against the deceased appears for the first time at the time of filing the FIR, after a delay of nearly one and a half days. Further, the prosecution did not even examine any neighbor of the appellant and the deceased to substantiate the allegation that the appellant ill-treated the deceased. In fact, and as the High Court also recorded, it appears from the evidence on record that the appellant treated the deceased with love and affection and provided for all her needs. In these circumstances, a reliance on the general oral testimonies of the prosecution witnesses, without any supporting evidence, would be misplaced. Further, as the High Court itself indicated somewhat contradictorily, reliance on the instances testified to by the witnesses would not be appropriate as the said incidents had taken place much before the deceased’s death and could not be treated as conduct which drove the deceased to commit suicide.”

Going forward, para 9 then very rightly points out that, “This brings us to the second part of the High Court’s reasoning in convicting the appellant, relating to the letter allegedly sent by the deceased to her parents one day before her death. We are again unable to accept the findings of the High Court on this point. We agree with the submission of the counsel for the appellant that the letter has not been proved to have been written by the deceased and is surrounded by suspicious circumstances. While the handwriting expert testified that the writing in the letter is the same as that of certain notebooks, no independent proof has been led regarding who owned or wrote in the aforesaid notebook. In fact, the only persons who were examined for the purposes of identifying the handwriting of the deceased were her father and cousin. However, how either of them could be said to be acquainted with her writing is unclear. The father of the deceased was her teacher nearly 15 years prior to the incident, and the deceased had admittedly not written any other letter to her father after her marriage. Similarly, the cousin of the deceased also did not have any other letter from the deceased in his possession.”

What’s more, it is then held in para 10 that, “Most importantly, the letter was received by the deceased’s father on 10.01.1990 but was handed over to the police only on 13.01.1990, casting serious doubt on the authenticity of the letter. The fact that the deceased had never written any other letter to her family after her marriage but had rather been in touch with her relatives through the telephone, further strengthens  the case of the appellant.”

Finally and perhaps most significantly, it is then  held in para 11 that, “Considering the facts and circumstances of the present case, as well as the material placed before us, we hold that the prosecution was not able to prove the guilt of the appellant beyond reasonable doubt. Additionally, we are of the opinion that this was not a fit case for the High Court to interfere with the well-reasoned judgment and order of acquittal passed by the Trial Court, particularly when there existed no grave infirmity in the findings of the Trial Court. [See Bannareddy and Ors. v. State of Karnataka and Ors., (2018) 5 SCC 790]. In the aforesaid circumstances, the appeals are allowed and the impugned judgment and order of the High Court are set aside. The judgment and order of the Trial Court, acquitting the appellant herein, is therefore affirmed.” Lastly, this notable and commendable judgment concludes by observing that, “Pending applications, if any, shall also stand disposed of.”

On a concluding note, it has to be said in all fairness that it is a well considered and most balanced judgment which has taken into account all the facts of the case. It has been rightly concluded that incidents which happened much before wife’s death can’t be treated as conduct which drove her to suicide. If all Judges decide to sincerely follow this commendable and courageous judgment then certainly the misuse and abuse of Section 498A and Section 306 of the IPC can be unmistakably checked to a large extent. It goes without saying that this is the crying need of the hour also!