Impact of OTT Platforms on Youth 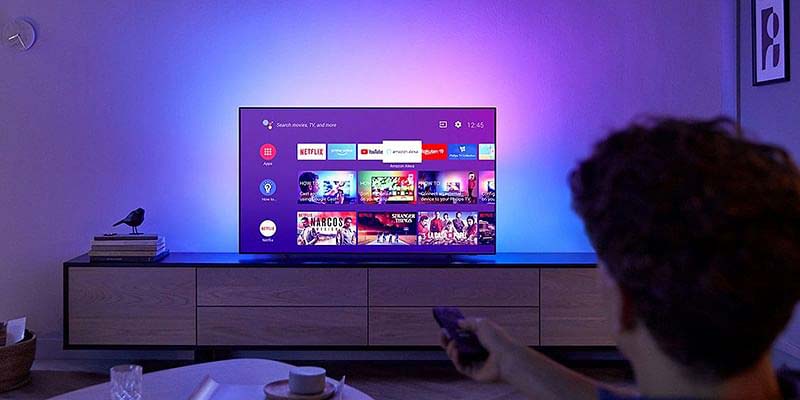 The content and language of OTT (over-the-top) platforms have been posing a serious threat to the cultural and ethical values of our country.

It has been a matter of concern that several crimes took place recently where the accused got encouraged for crimes after watching the web series.

The content, language, and presentation of the programs of OTT (over the top) platforms such as Netflix, Disney Hotstar, Amazon Prime, Voot, MX Player, zee5, Alt Balaji etc. have been a cause of concern in recent times in the light of the multiple impacts, especially on the youth. These OTT platforms are making huge and enormous profit at the cost of challenging the Indian cultural values and ethos among the youth by posing film, television content flooded with the offensive and abusive language and sex scenes. Our country has gone through a tremendous technological revolution which promoted the new entertainment platforms through hi-speed Internet, Video-on-Demand and OTT platforms and it is assumed that an average Indian youth spends approximately 8 hours 29 minutes watching online video content, which is much more than the worldwide trend of 6 hours and 45 minutes.

Television programs & Films have been recognized as prime mode of entertainment in India especially in urban and semi-urban areas. Undoubtedly, these programs have immense potential and capacity to influence thought process, attitudes, and behaviour of the people. It is normally observed that the youth, particularly kids and teens are apt to learn the dialogues and songs from movies or TV programs, and it has a deep impact in their mind both consciously and subconsciously for long. Subsequently it plays a major role in shaping up the personality and moulding the character also. But through these online platforms, mainly anti-national or anti-religious content is presented that provokes the masses to react instantly and thus, it can be said that OTT platforms are spreading negative culture among the youth.

It is well understood that youths are more likely to follow and acclimate one’s behaviour as they can easily relate to what is displayed on online platforms and other video content. Subsequently, it develops a lot of behavioural changes in youth. It has a serious and long-term impact on their behaviour and in their thoughts. Besides, it leads them for following repercussions:

Plethora of incidents where youth have committed crime after getting inspired by the programs of such platforms registered recently which clearly establish the deep impact on youth. Right from kidnapping to murder many crimes have been committed by the youth who confessed in police custody that they tried to imitate the crime after watching the web series. Some of such incidents are mentioned below:

Let’s start with a famous murder of Ballabhgarh, Haryana. A B.Com third year student was returning home after the exam. Suddenly, Tausif, the accused shot her. Tausif had one sided love with Nikita and in police custody he confessed that he planned the assassination after watching the web series Mirzapur where Munna Bhaiya plays a character in the film who shot a girl, Sweetie, in a case of one-sided love story. Influenced by this story, Tausif also had a one-sided love with Nikita. He wanted to marry her. So, he was waiting for Nikita to take her outside the college. As soon as Nikita came out of the college, Tausif began to force her into a car. But Nikita refused and protested. The accused then shot and killed Nikita. This information about Tausif’s confession is available on the digital platform of the reputed news channel Aajtak.

In another incident, according to news website TV9 Hindi, the information about the kidnapping of two boys named Nadeem and Aftab of Jamia Nagar, Delhi, was given to the police by their family. DCP RP Meena of Southeast Delhi informed that these boys called their families from their own mobile numbers and informed about their kidnapping. After creating their own kidnapping drama, they were also committing other crimes openly. These boys were caught through a CCTV footage in a chain snatching case. In custody, they also confessed that this entire plan was made after watching a web series.

In the light of all this, it is important to understand that these Streaming platforms have business interests across the world, but India provides a huge consumer base. Ott platforms such as Netflix and Amazon have its huge market in our country along with other platforms such as hotstar, zee5, mx player, Alt Balaji etc. and the access and reach to the same has increased during the lockdown period.

Online platforms need proper regulations and should be censored in order to protect the cultural values among the youth and create a positive and healthy environment.  The present government has shown the willingness on numerous occasions to intact the Indian culture and values. It is in this context; the ministry of Information and Broadcast (MIB) has emphasized on certain kind of regulation of OTT Platforms to rationalize the sector and convened consultations with numerous stakeholders. In this background, the MIB recently notified the Information Technology (Guidelines for Intermediaries and Digital Media Ethics Code) Rules 2021 (Rules). The new rules seek to maintain a balance between self-regulation and government control. As per these rules, OTT platforms are required to establish a strong three-tier grievance redressal mechanism. The first level will include regulation by the OTT Platform itself through a grievance officer. The second level will be an institutional self-regulatory body formed by publishers of content and their associations. This self-regulatory body will consist of experts from industry headed by a retired Supreme Court/ High Court judge /eminent personality in the relevant field. Further, the third level is an inter-department committee constituted by the Ministry of information and Broadcast which will give oversight and listen to appeals for decisions taken at level two or if a complaint is referred to the inter-department committee by MIB. The code of ethics announced under the Rules, set out guidelines for classification of content based on viewer’s age, themes, content, tone and impact, and target audience. Besides the regulations and guidelines by the government, it is the responsibility of each citizen to avoid the use of any such content at any level which pollute the mind of youths and pose a serious threat to the cultural values.