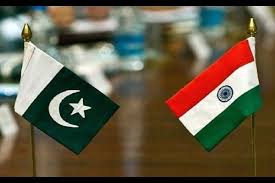 Indian government has decided to reduce the staff strength of the Pakistan High Commission in New Delhi by 50 per cent. The Ministry of External Affairs (MEA) said that the behaviour of Pakistan and its officials is not in conformity with the Vienna Convention and bilateral agreements on the treatment of diplomatic and consular officials. On the contrary, it is an intrinsic element of a larger policy of supporting cross-border violence and terrorism, it added.

MEA referred to the recent abduction at gunpoint of two Indian officials in Pakistan who were subjected to severe ill treatment. Foreign Ministry said that the act underlines the extent to which Pakistan has gone in this direction. The abducted officials after their return to India have provided graphic details of the barbaric treatment that they experienced at the hands of Pakistani agencies. In this connection, the Charge d’ Affaires of Pakistan was summoned to the Ministry of External Affairs yesterday and informed that India had repeatedly expressed concern about the activities of officials of Pakistan High Commission. It said that the Pakistani officials have been engaged in acts of espionage and maintained dealings with terrorist organizations.

The Foreign Ministry also highlighted the activities of the two officials caught red-handed and were expelled last month as a glaring example. It said that Pakistan has engaged in a sustained campaign to intimidate the officials of the Indian High Commission in Islamabad from carrying on their legitimate diplomatic functions. Indian High Commission will also reduce its staff strength in Islamabad to 50 per cent in the next seven days.