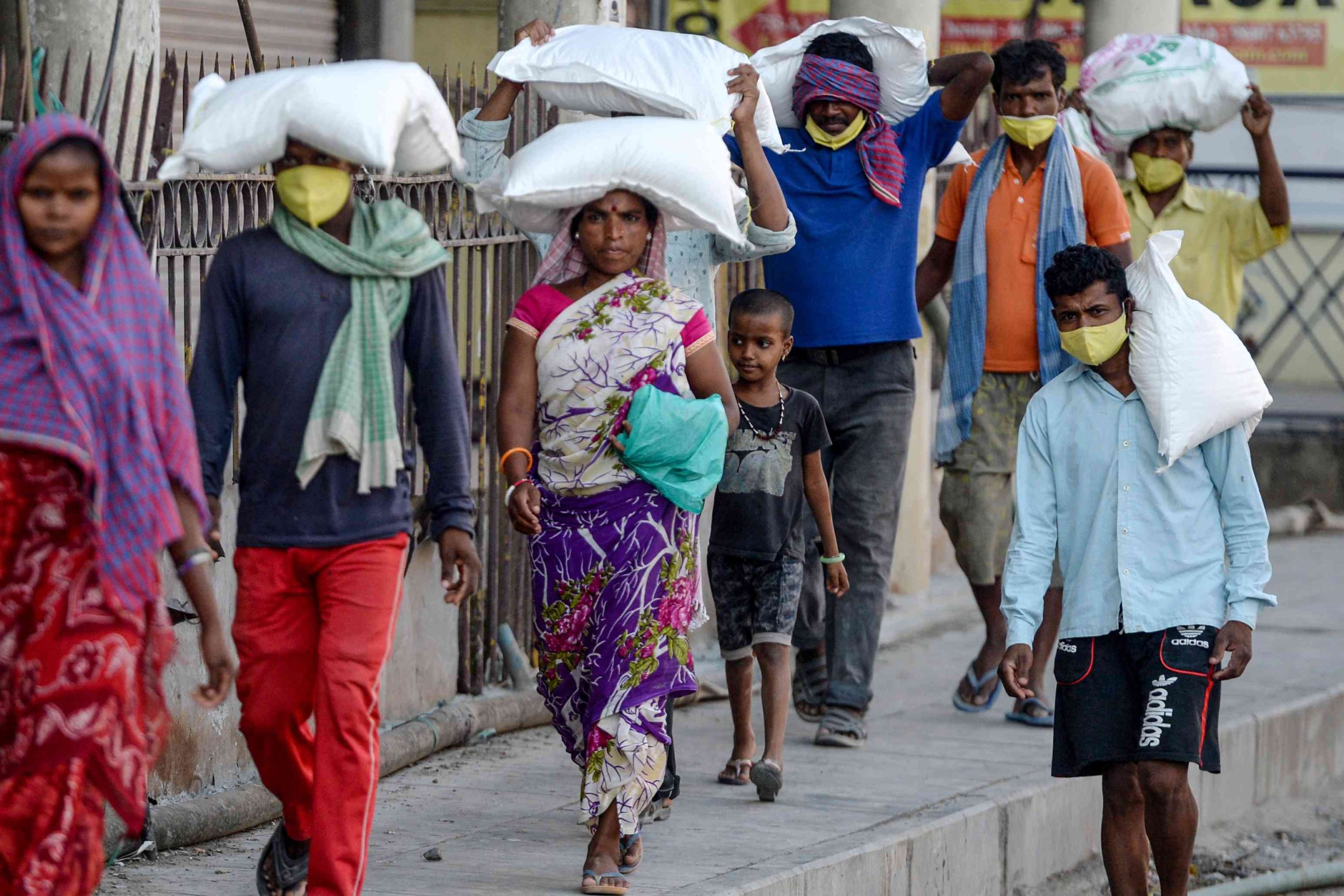 By The sight of migrant workers trekking across the state borders reminded Indians of the partition days minus the violence. Never in the history was there such a massive crowd movement of young and old carrying their belongings on heads and shoulders. Political fight erupted on the status of migrant workers without analyzing the real issues involved in the onward migration initially and the current return migration to their native states. Each state government irrespective of their political affiliation are guilty in this issue and no party or CM is ready to answer why so many people from their respective states have gone on migration to faraway places.

The fact is that migration is occurring across all the states. It is a sort of national integration. the North-East states youth working in Chennai hotels is quite common. The East coast fishermen from Andhra and Orissa are there in Gujarat for fishing. Telangana labour and people from UP and Bihar are very common in Mumbai. Workers from BIMARU states are there in every metro city of the country. In fact, they are the real builders of the nation and there is no way a metro city can survive without the services of migrant labour. But unfortunately, their contribution to the city life, infrastructural development and to the country’s GDP is largely remained unappreciated.

To be honest migration is a natural phenomenon and is not restricted to the socially and economically backward sections only. Those who can afford and more enterprising moved to Gulf countries as semi-skilled labour and as blue-collar workers in the service sector to USA and European nations.  Who ever is migrating to whatever place, it is because of the absence of decent living conditions or substantial remuneration in their states. The condition of those blue-collar workers in foreign countries is as insecure, as exploitative as the local migrants are. In the Covid time already Gulf migrants are coming back and it is not that long before Indian airports will see landing of US returnees. The mode of return and the savings they will be carrying may be different but the pathetic story of loss of job, income is the same.

We the Indians proudly proclaim the positions occupied by the people of Indian origin in many countries. They are the well-respected CEOs of well reputed multinationals. When Satya Nadella or Sundar Pichai and others initially moved to US in search of better employment and good chance to exhibit their own talents they are termed as migrants or immigrants depending on the shore from which they are looked at. Along with them we can now see many Indian origin Americans playing a role in the politics of that country. Even British council of ministers include PIOs. They could go to such heights because they got empowered through the laws of those countries. First the green card and then citizenship made the timid migrants into brave voices. Now the PIO are powerful blocks in Democratic and Republicans. Since their number is substantial to tilt the result, at least in some states, they are nurtured and treated differently by the presidential candidates. Their demands are acknowledged and promised to fulfil. 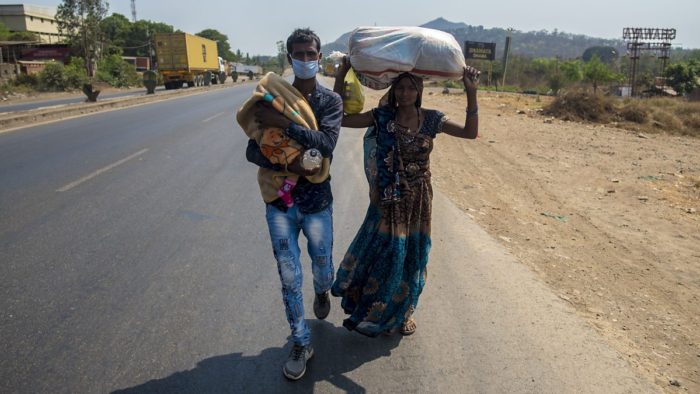 Such empowerment of migrant labour would have prevented the current migrants’ narrative. Besides understanding the factors of ‘push’ and ‘pull’ for migration it is necessary to study the reasons for the migrant labour to take that risk of walking so many hundreds of miles barefoot unmindful of the risks involved. The migrant workers are under paid, treated as bonded labour, for them no labour rules including the minimum wages, no minimum facilities of living, no health assistance, no weekly off, no leave. They are under the mercy of a middleman or a subcontractor. They are threatened by the local labour as the opportunity grabbers. They are not covered under PDS as their ration card is not from their state. The life of uncertainty and insecurity is etched on their faces.

Tragedy is that no local officials respond to migrant labourers’ complaints as they think they are not residents of that state. The local politicians turn a deaf year to the problems of as the migrants are not voters in their constituencies.

It is here that empowerment of migrant labourers makes all the change. Give them not only the mobility of ration card as promised by the finance minister Nirmala Seetharaman during the announcement of the 20-lakh crore package but also the mobility of voter’s card. The moment migrant voters become the local voters the interest of the political parties will automatically come into picture better. Their fate may not immediately change but certainly the migrant labourers voice gets heard. Such a change will certainly change the political dynamics of all the states. No regional party can engineer enmity towards the migrants as it was done in the past in Mumbai. The vote is the weapon in the democracy and empowering with such weapon is not a favour but giving them their dew.