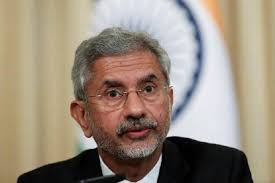 Earlier two meetings were held in Beijing on April, 2018 and Bishkek on May, 2019. India has been taking active part in various SCO dialogue mechanisms under the Chairmanship of the Russian Federation this year. The SCO Summit will be held in the near future.

The CFM meeting in Moscow will review the preparations for the forthcoming SCO Summit and also exchange views on international and regional issues. External Affairs Minister’s visit in Moscow will include the participation in the Council of SCO Foreign Ministers and other bilateral meetings. AIR correspondent reports, External Affairs Minister is also expected to have several bilateral meetings including with his Russian counterpart Sergey Lavrov.

India and Russia enjoy an important strategic partnership and this year marks the 20th anniversary of the signing of the Declaration of India -Russia Strategic Partnership. The ministers are likely to discuss a wide range of bilateral cooperation issues as well as current issues on the regional and international agenda.