Donald Trump becomes first US President to be impeached twice 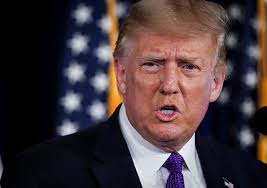 Donald Trump has become the first US president to be impeached twice. The House of Representatives voted last night to charge him with inciting last week’s mob attack on US Congress.

Trump was impeached by 232 – 197 vote by the US House on a single charge of incitement of insurrection that left five dead and the Capitol ransacked. It was supported by all Democrats and 10 Republicans, including Liz Cheney. The Senate will not hold a trial before January 20, when Democrat Joe Biden assumes the presidency, meaning Mr Trump will escape the risk of being forced to leave early.