Home >> Dharavi: From a dreaded hotspot to a model to be emulated
Eco-Watch

Dharavi: From a dreaded hotspot to a model to be emulated 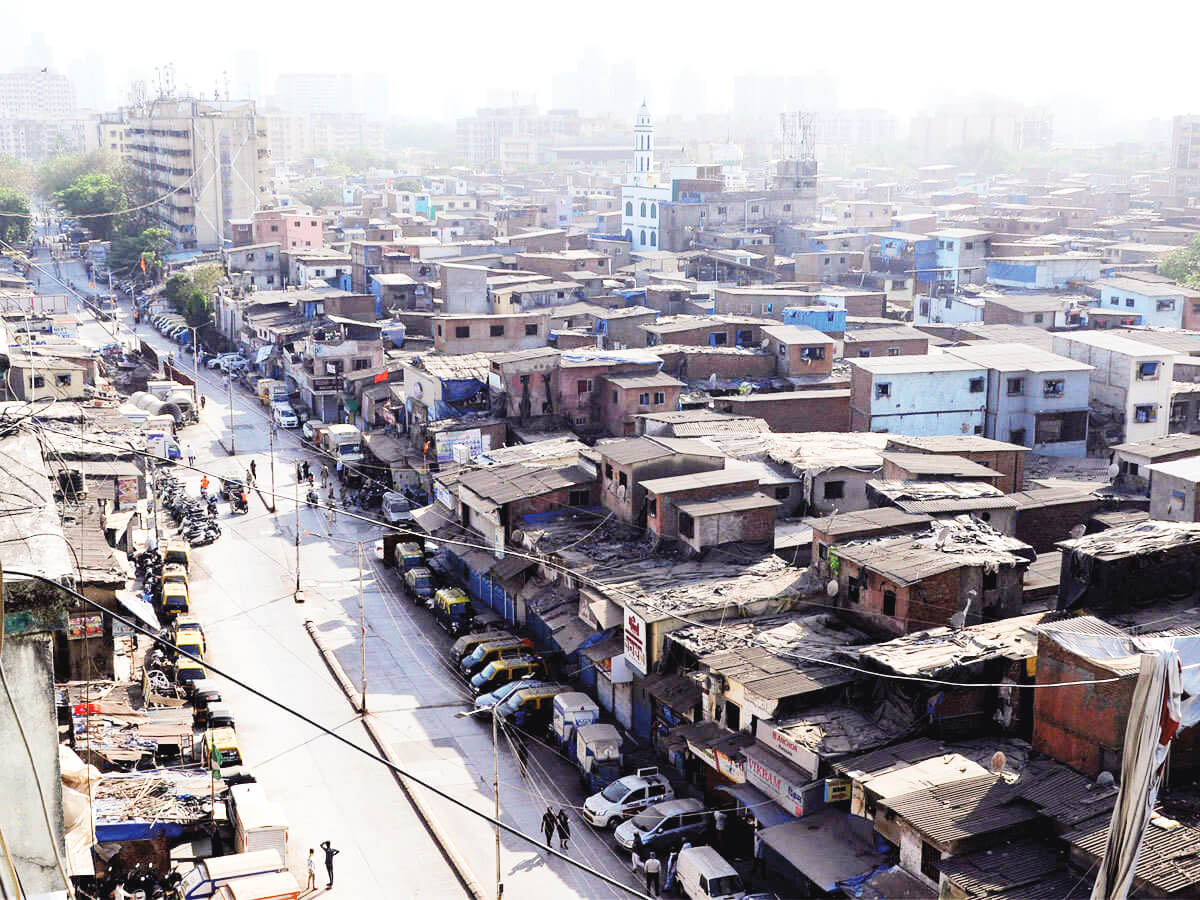 When the first positive case of Covid-19 was reported from Dharavi, Asia’s largest slum, known for its narrow lanes and compact housing, a sense of panic gripped the nation. And the fear and panic were not unreasonable given the extraordinary characteristics of this slum.

The most lauded strategies to combat Covid-19 are maintaining ‘social distancing’ and ‘lockdown’ but these measures are for the privileged and almost impossible to put down for the people of Dharavi.

Apart from the packed settlement, the use of the community toilet was another factor adding up to the vulnerabilities of the people residing in Dharavi.

The first case of Covid-19 from Dharavi was reported in April 2020. The disease spread was initially slow and it took over a fortnight to reach 100 cases and by May 3, it crossed the 500-mark. 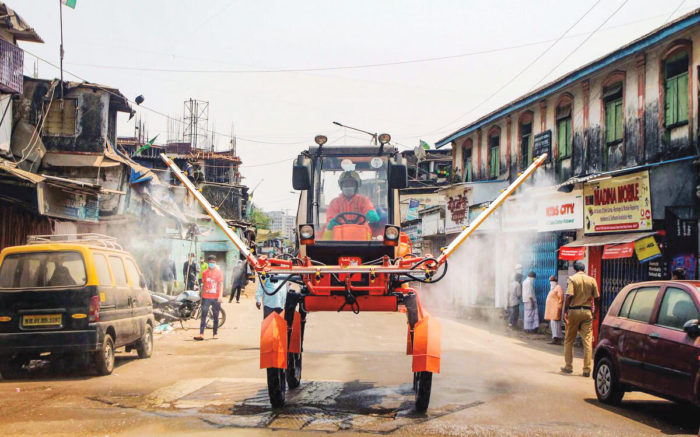 Such a rapid increase in the number of cases was not a good sign as Mumbai was already at the top as regards the number of Covid-19 cases.

Amid all the gloom, a piece of positive news started coming in when the media highlighted the probability of flattening of the Covid curve in Dharavi. And a recognition of the efforts of the Brihanmumbai Municipal Corporation (BMC) and the state government from the Ministry of Health and Family Welfare, Government of India provided direction and strength to combat the virus.

“The BMC adopted a model of actively following four T’s – tracing, tracking, testing and treating,” the ministry said in a press release on June 21. A salient feature of its response strategy is strict enforcement of containment measures with three primary components — an effective containment strategy, conducting comprehensive testing, and ensuring an uninterrupted supply of goods and essential supplies to the community.

Also, only critical patients were moved outside Dharavi for admission to hospitals; 90 percent of the patients were treated within Dharavi.

The ministry further mentioned, to tackle the issue of manpower to carry out proactive screening in high-risk zones, the BMC forged strategic public-private partnerships in containment measures and all available ‘private’ practitioners were mobilized. 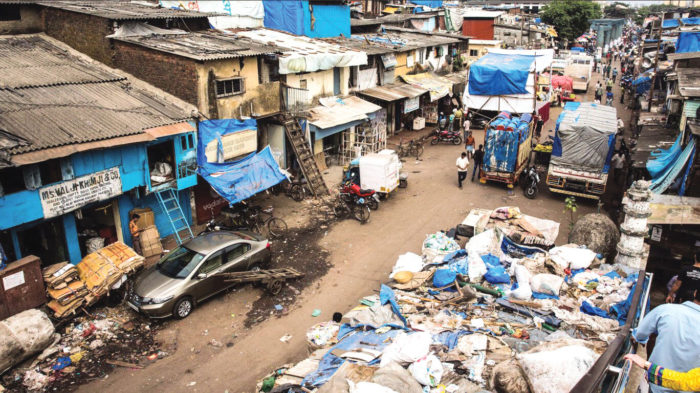 BMC encouraged all practitioners to open their clinics to attend to the patients and communicate to BMC in case any Covid-19 suspects were found. BMC sanitised the clinics of the private practitioners and provided them all the necessary support. To augment health infrastructure in the city, all private hospitals were brought on board and acquired for treatment.

As the option of home quarantine could not effectively produce the desired outcomes due to the space limitations in the congested area, institutional quarantine facilities were created in all available schools, marriage halls, sports complexes, etc.

These were provided with a community kitchen for breakfast, lunch, and dinner, round the clock access to medical services, necessary medicines, and equipment.

And this way, “they have actively ‘chased the virus’ and aggressively conducted targeted tracing of suspects,” the ministry said. Now the BMC is implementing the Dharavi model in other hotspots of the city as a containment measure. 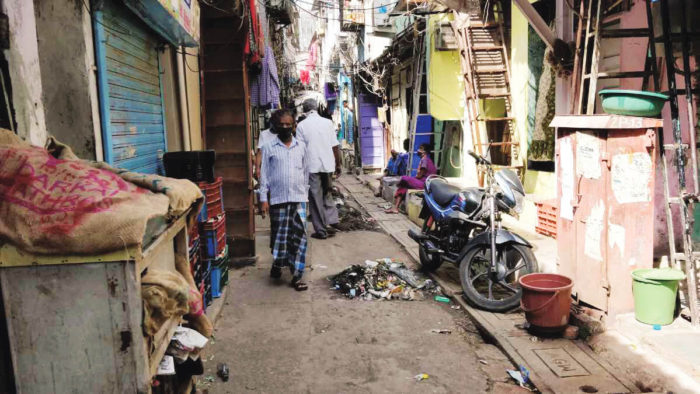 Credits to the community

Undoubtedly, the BMC and the state government did a good job but the credit needs to be given to the people of Dharavi as well. This I can say with the personal experience of venturing into the narrow lanes of Dharavi for a month in December 2019 as part of my course’s fieldwork.

While roaming around, meeting, and interviewing the people there I could sense some kind of structure and order in that space and a sense of discipline among the people. Life is so tough there; everyone seemed immersed in their work and was striving for a better life. They had no time for any drivel and could not afford to be heedless.

Dharavi in itself seemed like a city within a city. A strong sense of community prevails with the spirited, industrious, and enterprising people living there.

So, in the time of crisis, the people are trying the best they can do. A newspaper reported how residents of Dharavi-Koliwada decided to take it upon themselves to safeguard their population and they barricaded the area to keep out outsiders.

A music video of a new Dharavi pandemic rap song has been made by the rappers of Dharavi. Featuring Bollywood stars, the trilingual music has a simple message: stay home, stay safe. So, people have their own ways of creating awareness.

No doubt the fear is not over and we are still working on a war footing to save lives in the fight against the virus but stories like these give us hope and positivity amid the melancholy created by the pandemic. While the authorities are trying to learn from the intervention measures taken in Dharavi, we as a community should learn from how the most underprivileged people have set an example. As the privileged ones, we should act more responsibly.