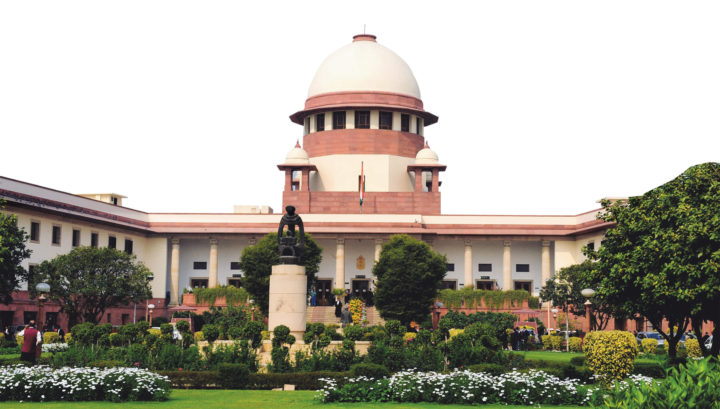 To be sure, this landmark judgment which was authored by Justice NV Ramana for the Bench of Apex Court also comprising of Justice Mohan M Shantanagoudar was prefaced as follows: “At the outset it is important to note that our police force need to develop and recognize the concept of ‘democratic policing’, wherein crime control is not the only end, but the means to achieve this order is also equally important. Further the turn of events, in this case, obligates us to reiterate herein that ‘be you ever so high, the law is always above you’!” Para 2 then observes that, “These criminal appeals are filed against the impugned common order and judgment, dated 13.12.2007, passed by the High Court of Judicature at Bombay, Nagpur Bench. In Criminal Appeal Nos. 393, 394, 395, 397, 419 and 420 of 1995. As the incident is same and contentions canvassed individually, being similar, we proposed to deal with the judgment through this common order.” 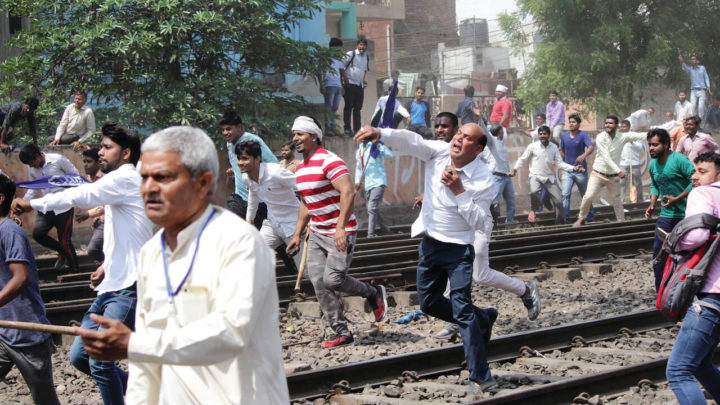 Needless to say, para 4 then reveals that, “On that night, the accused patrolling party which included P.I Narule (A-1), Assistant Police Inspector Yashwant Mukaji Karade (A-2), Sub-Inspector Rambhau Vitthalrao Kadu (A-3), Police constables Jahiruddin Bashirmiya Deshmukh (A-4), Nilkanth Pandurang Chaurpagar (A-5), Namdeo Nathuji Ganeshkar (A-6), Ramesh Tukaram Bhoyar (A-7), Ashok Bhawani Gulam Shukla (A-8), Sudhakar Marotrao Thakre (A-9) and Raghunath Barkuji Bhakte (A-10), along with Ganeshprasad, Arunkumar and Kashiram, went to the house of H.C.P Telgudiya (PW-48) at Police Lines, Ajni. In the meanwhile, H.C.P Telgudiya (PW-48) is supposed to have found out that a Christian male by the name of ‘Anthony’ was responsible for the looting. Although, the H.C.P Telgudiya (PW-48) confirmed that there was no ‘Anthony’, but he is supposed to have revealed that one Joinus (deceased) lives nearby, who was a known suspect from earlier robbery case. H.C.P. Telgudiya, took the police party to the residential quarters of Joinus (deceased), who had already slept after having his dinner and consuming some alcohol.”

Be it noted, para 5 further reveals that, “It was around 1:00 AM in the night, the police party reached the house of Joinus (deceased). He was taken into custody and his residential quarters were searched. It is alleged that during this process, some of the police men are supposed to have molested Zarina (PW-1), wife of Joinus (deceased). Thereafter, the police party tied Joinus (deceased) to an electric pole outside and was beaten by the police personnel with sticks. Later Joinus (deceased) and his other family members were taken to various locations including Rani Kothi, Hill Top restaurant wherein he was given beatings intermittently. At about 3.55 AM he was brought back to the police station, wherein he was locked-up with two other cell mates.” On the next day, Jonius was found dead. In the morning of 24.06.1993 at 7:30 AM, on duty police constables found Joinus (deceased) to be motionless and on examination he was found to be not breathing. The Trial Court convicted these police officers and sentenced them to 3 years imprisonment. The High Court upheld conviction under Section 330 IPC.

Simply put, one of the issues raised was whether the incident amounted to murder so as to attract Section 302 of IPC? Para 16 points out that, “It is a matter of record that both the courts below have taken a concurrent view that the crime narrated above did not amount to culpable homicide as the cause of death was asphyxiation and there was nothing on record to prove that the injuries were the cause of the death. It is well settled that in order to be called a murder, it needs to be culpable homicide in the first place, that is to say all murders are culpable homicides, but the vice-versa may not be true in all cases. Therefore, we need to ascertain whether a case of culpable homicide is made out herein in the first place.” Perusing the evidence on record, the court held that the casual link between the injuries caused to the deceased by the erring officers and the death is not connected.

It would be pertinent to mention here that the first accused police officer had died and the proceedings against him had abated. The other accused cops pleaded that they were merely executing the orders of the first accused. In this regard, the Bench said: “It is not merely that the accused-appellants have to prove that they have followed the order of the superior officer (accused A-1), rather they need to also prove to the Court that the aforesaid appellants bonafidely believed that the orders issued by accused A-1 were legal.

Observing that this argument is taken only before the Apex Court, the Bench said that, “It was not even their case from the beginning that the accused-appellants were not aware of facts and circumstances, rather all of them started out as an investigation party with full knowledge and participation. On the perusal of the record, we may note that this argument is only taken before this court, to seek a re-trial and such an attempt cannot be taken into consideration herein.” 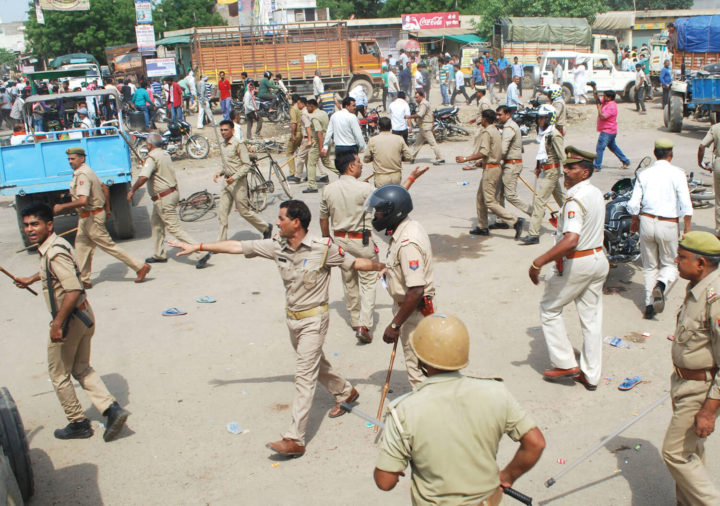 It cannot be lost on us that the Bench of Apex Court clearly and convincingly observes in para 30 that, “From the facts portrayed it is clear that the police knew the identity of the deceased was different from the person, they wanted to investigate initially. The manner in which the deceased and his family members were taken into custody reflects pure act of lawlessness and does not befit the conduct of the Police.” Furthermore, in para 32, the Bench noted that, “The factual narration of the events portrayed herein narrate a spiteful events of police excessiveness. The motive to falsely implicate Joinus for a crime he was alien to was not befitting the police officers investigating crimes. The manner in which Joinus was taken during the late night from his house for investigation ignores the basic rights this country has guaranteed its citizen. It is on record that injuries caused to the individual were in furtherance of extracting a confession. The malafide intention of the officers-accused to undertake such action are writ large from the above narration, which does not require further elaboration.” 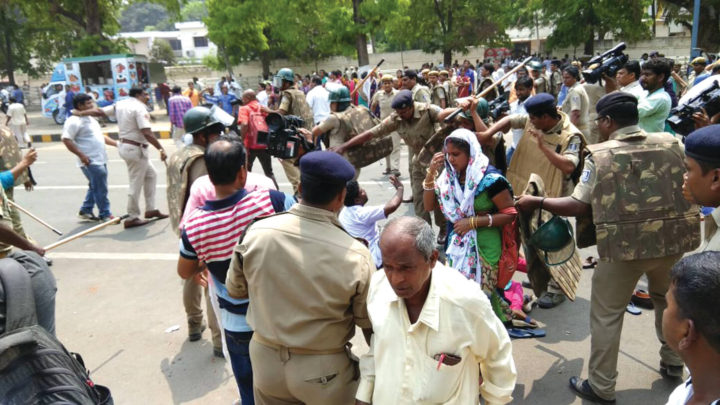 While favouring stringent punishment for the policemen, the Supreme Court Bench in para 33 minced no words in launching a scathing attack on them as it observed that, “As the police, in this case, are the violators of law, who had the primary responsibility to protect and uphold law, thereby mandating the punishment for such violation to be proportionately stringent so as to have effective deterrent effect and instill confidence in the society. It may not be out of context to remind that the motto of Maharashtra State Police is “Sadkrishnaya Khalanighrahanaya” (Sanskrit: “To protect good and to Punish evil”), which needs to be respected. Those, who are called upon to administer the criminal law, must bear, in mind, that they have a duty not merely to the individual accused before them, but also to the State and to the community at large. Such incidents involving police usually tend to deplete the confidence in our criminal justice system much more than those incidents involving private individuals. We must additionally factor this aspect while imposing an appropriate punishment to the accused herein.” Furthermore, the Bench while modifying and enhancing the sentence imposed to seven years imprisonment stated explicitly and elegantly that, “In the facts and circumstances of this case, the punishment of three-year imprisonment imposed by the Trial Court under Section 330 of IPC, would be grossly insufficient and disproportional. We deem it appropriate to increase the term of sentence to maximum imposable period under Section 330 of IPC i.e., seven years of rigorous imprisonment while maintaining the fine imposed by the Trial Court.”

All said and done, it has to be said that the Supreme Court in a landmark and laudable decision has very rightly enhanced the punishment for policemen from just three years to seven years! Seven years is the maximum imposable period under Section 330 of IPC under which the policemen were charged! They deserved just no leniency as they were squarely responsible for the untimely death of Joinus who was beaten mercilessly for no fault of his! There can be no denying or disputing it!