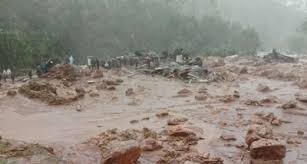 Prime Minister Narendra Modi has announced an ex-gratia of 2 lakh rupees each from PMNRF to the next of kin of those who have lost their lives due to a landslide in Rajamalai, Idukki. He said in a tweet that 50 thousand rupees each would be given to those injured due to the landslide.

As heavy rain continues in Kerala, death toll in the massive landslide that hit Rajamala in Idukki district of Kerala has reached 17. Rescue and search operations restarted this morning for the missing persons, as many are feared to be buried under soil. 54 people are reported to be missing.