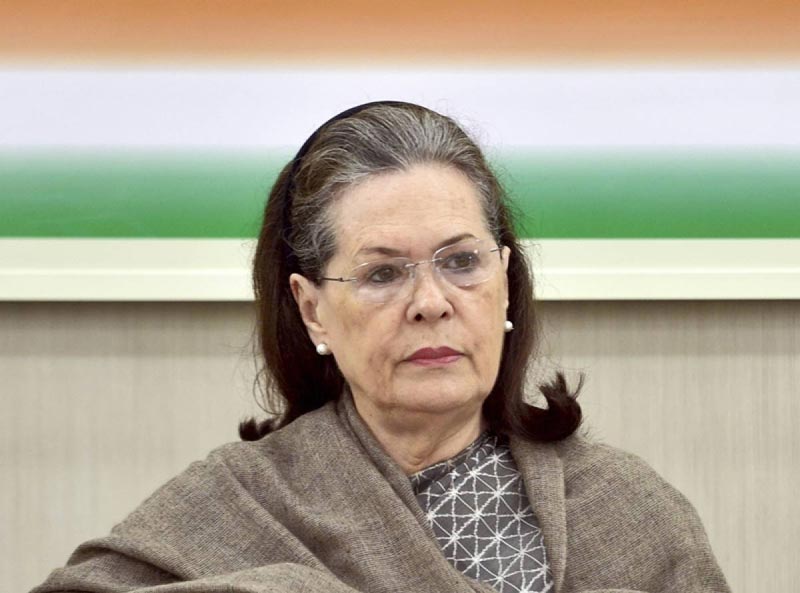 The Gandhi family is under a huge cloud as the political and electoral fortunes of the congress party continue to tumble.

In the midst of the decline of the Gandhi family in terms of garnering votes, there appeared a ray of hope in the form of Priyanka Gandhi, the daughter of Rajiv and Sonia Gandhi.

She is seen to be the spitting image of her grandmother the ever popular and charismatic Indira Gandhi. She looks like her, she talks like her, she walks like her but alas she is not another Indira Gandhi, much to the disappointment of the congress rank and file who had great hope that after Rahul Gandhi failed to energize and connect with the party rank and file she would be a serious contender to take over the reins of the party.

But is that happening or is it in the realm of future possibilities? 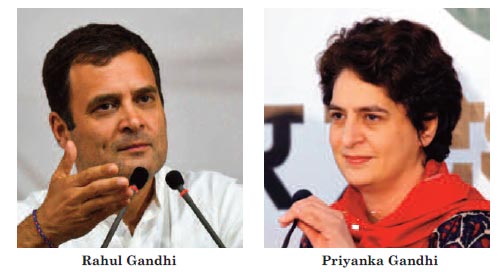 Difficult to assess at this stage particularly since Priyanka Gandhi has been unable to capture the imagination and the hearts and minds of the people of Uttar Pradesh. She took onto herself the task of reviving and revitalising the congress in Uttar Pradesh as the general secretary incharge of Hindi heartland’s biggest state and for the congress the biggest challenge.

The congress had sunk to a new low of 7 assembly seats and a mere 6 percent of the vote bank. Most castes and it’s support base had dumped the party which had been in wilderness in up and a mere side show to the bjp and the regional players in the state.

Priyanka did not take the challenge seriously by all accounts. She failed to spend the last 5 years in UP, working on the ground.

She arrived in Lucknow just 3 months before the election, visited Mandira with a big tika and her head covered, like Rahul she went to the homes of Dalits , had food with them, waved to all and sundry but what after that.

It was too little too late as the congress did not seem to be getting back any of it’s lost vote bank with the Gandhi magic no longer able to convert the crowds into votes and seats.

So if Priyanka Gandhi fails to move into double digit what happens to her future politics and where does that leave her in terms of upstaging her brother and taking over the party?

Priyanka Gandhi while campaigning in Uttar Pradesh has also in the last one year emerged as the chief trouble shooter for  Sonia and Rahul Gandhi. In fact ever since the death of Ahmed Patel, Priyanka has quietly moved into that space. Many a times she has prevailed upon Sonia and Rahul not to pursue a particular line of action and has managed to get her own way.

The latest example was in trying to diffuse the situation with Harish Rawat when he was in the verge of rebellion. She picked up the phone and spoke to him and after that ensured that Rawat met Rahul Gandhi and the situation was semi diffused.

Priyanka has been repeatedly intervening in Rajasthan in favour of Sachin pilot and sending the message loud and clear to Ashok gehlot that the promises made to Pilot would have to be honoured.

It was Priyanka who stopped Rahul Gandhi from sacking the Chattisgarh chief minister Bhupesh Baghel on the grounds that she wanted him to fund the Uttar Pradesh election and that it was foolhardy to remove a backward caste leader on the eve of UP elections.

In punjab she pushed for Navjyot singh Sidhu to be made the pcc president, use him to needle the chief minister captain Amrinder singh and finally affect a leadership change in the state.

With assembly elections around the corner in punjab, uttarakhand and Uttar Pradesh it will Become clear soon enough whether her tactics will work or whether it’s just paper trails.

Both Priyanka and Rahul are two completely opposite persons and personalities. She is more diplomatic and civil even with those she does not like and goes the extra mile to stay in touch with seniors who are in the shooting range if Rahul Gandhi.

Rahul on the other does not interact with nor has he any time for anyone he does not like or get along with. He simply ignores them and makes no effort to get along with them. His politics is based on likes and dislikes and he has made up his mind he will get rid of the old wood and the seniors and he is doing that ruthlessly say party analysts.

The congress continues to be in the doldrums with the three power centres working at cross purposes and a deep unhappiness and angst having gripped the party rank and file along with leaders who are deserting the party in droves.

This is happening in Uttar Pradesh where leaders feel Priyanka’s leadership is not making the desired result.

In that scenario will she be able to do a coup against Rahul Gandhi in the days and months ahead or will the party realize that the Gandhis have become a liability for them and move to find a better alternative?

Difficult questions with no answers in state as the congress continues to limp along looking for a revival plan at the end of the rainbow.