Air India If you cannot cure sick person throw him 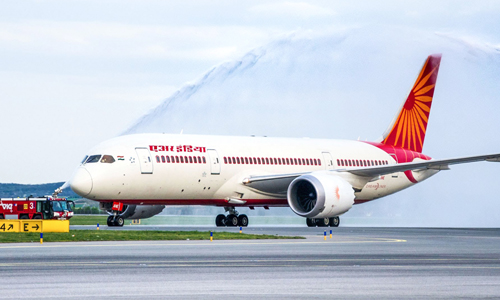 Air India is on sale and that is the news which might gladden the heart of all champions of private enterprise but it could throw a wrench in the heart of experts who have cured sick. It might be surprise, to many who feel everything must be free enterprise, that Singapore has airport and airline in government sector and most prized in their functioning. Canadian postal service is in government sector but that may be so in many countries but not as efficient and highly acclaimed organization as that of Canada. PM Modi is himself credited with turning around the power sector of Gujarat which was in shambles and now is doing well. I have turned around International Airports Authority of India in three years making it one of the top ten profit making public sector undertakings. At that time Air India IAAI Indian Airlines all the three were working professionally and on profit without being drain on the exchequer. I happened to be on the board of Air India and it was chaired by Mr. Rattan Tata. Professional management mattered and red tape could be tamed but with the exodus of professionals and routine appointment of civil servants the entire sector is facing Chaos. Recently a civil servant was appointed to head the AI  but within few months he found cozier posting and move to Railways. Air India or even aviation sector does not have its own service to provide the chief which is its greatest tragedy. Many years back professionals were preferred against bureaucrats but no more. No one is accountable as CEO has back up job in his cadre. Where are executives who swim or  sink with the survival of enterprise?

Whether organisations are failures or success depends a lot on the leadership of the organization. No doubt Air India is today in shambles because of continuous ruin brought in by no one else but government itself by callous appointment and unwise decisions of buying airplanes not leasing them. Today it has 51,367crores debt burden and a turnaround plan indicated injection of 30000 crore in equity. Passenger Load factor evaluating it capacity puts it in the bottom of all airlines. Nevertheless it could show operational profit of 8 crores. But why did AI remain on operational table for so long?

Way back in nineties a study was conducted by the International Civil Aviation organization on effectiveness and institutional building in sub-Saharan countries.  Organizations of African airlines failed miserably to give satisfactory performance. Finally UNDP asked me to coordinate and analyse the etiology and strategies to build the institutions? Most of the airlines were in dumps in the region how Ethiopian Airlines were doing well and on profit remained a mystery? While there were many factors which I presented and the report was published by UNDP yet three factors I would like to mention as most important that apply to Air India also. Leadership, Accountability, and work culture transformation are most crucial factor in changing organizations. Regrettably these have been neglected so far. Economists limited themselves to supply demand and consumer behavior and technologists talked of efficiency of engines. Similarly financial experts talked of profit and loss. No one is talking even in India about work culture and leadership, which in our studies were of paramount importance in the functioning of an enterprise especially in Indian subcontinent where it is lacking or is dysfunctional.

In UNDP study of successful air line of African countries it was stressed that these could change the financial and technical scenario once Human resources operated with full motivation and morale. I distilled these findings even in my studies of airlines in Asian countries. All sick organizations are beleaguered with soft work culture which is nicknamed by me ‘Chalta hai’ culture. Air India has talent and technical skill that can be classed as one of the best in aviation sector but why it is unable to achieve viability and efficient functioning. The answer was in three crucial factors of leadership, strategic planning and work culture. No one has paid adequate attention to these issues. Air India has massive resources and most important being its Pilots and technicians. These personnel are no less skilled than any other airline. They need good strategic planning and leadership to deliver. Unfortunately no government has paid any attention to it for almost a decade.

Way back in 2007 two entities Indian Airlines and Air India were merged that led to avoidable problems in organization functioning between the two as they were working in a groove developed over decades and it got shattered. It led to no big deal and two continue to work virtually a two department. In eighties a committee was constituted by the government to examine the merger and I was a memberof the committee. Everyone wanted to toe the political line but I declined and gave a note of dissent as I recommended instead a holding company. Since that would have reduced bureaucratic control it was turned down by the same class and politicians followed it. Air India lost a lot due to such erroneous decisions.

I still feel Air India can be turned around but no one will take the pain of doing it.