Afghanistan: IS Militants attack prison in Jalalabad, freed over 400 militants 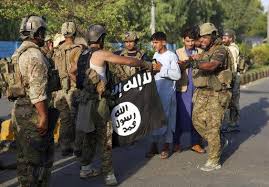 In Afghanistan, militants affiliated with the Islamic State group stormed a prison in the city of Jalalabad, the capital of Nangarhar province and freed over 400 militants. According to the government officials, at least 39 people, including the assailants, have been killed and 50 injured, in the day- long siege.

The attack began on Sunday morning when a suicide bomber detonated an explosives-packed vehicle at the entrance to the prison complex situated some 115 kilometres east of Kabul and continued till late morning yesterday.

The attack underscores the formidable presence of Islamic State affiliate in Afghanistan, while also highlighting the challenges ahead, as US and NATO forces begin to withdraw following Washington’s peace deal with the Taliban.