Active COVID cases below 6 lakh  after 85 days, a landmark milestone Presently the active cases comprise only 7.35% of the total positive cases of the country standing at 5,94,386. This has strengthened its trend of steady decline. 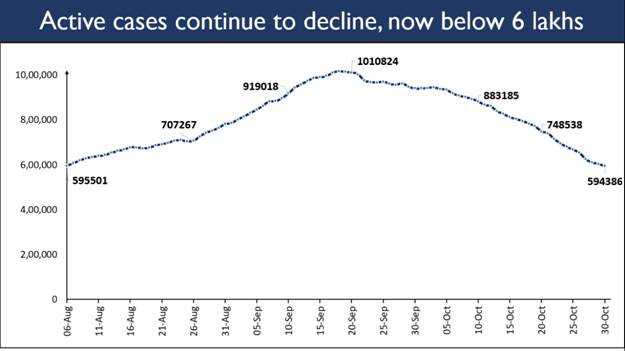 The trajectory of the active caseload across different States/UTs has been diverse indicating their efforts and gradual progress in their fight against the global pandemic. 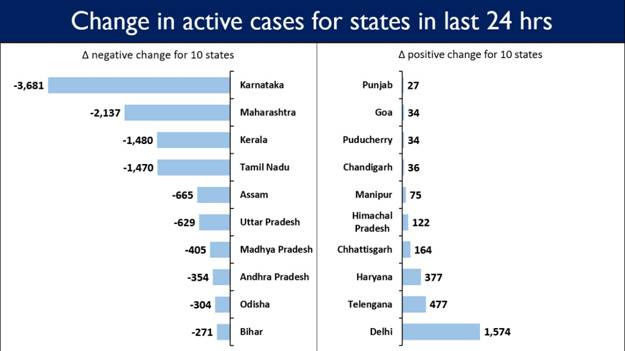 57,386 patients have recovered and discharged in the last 24 hours whereas the new confirmed cases are 48,648.The national Recovery Rate has progressed to 91.15%.

80% of the new recovered cases are observed to be concentrated in 10 States/UTs . 78% of these are from 10 States and UTs. Kerala is still reporting a very high number of new cases with more than 7,000 cases followed by Maharashtra and Delhi with more than 5,000 cases each. 563 case fatalities have been reported in the past 24 hours. Of these, 81% are concentrated in ten States/UTs. 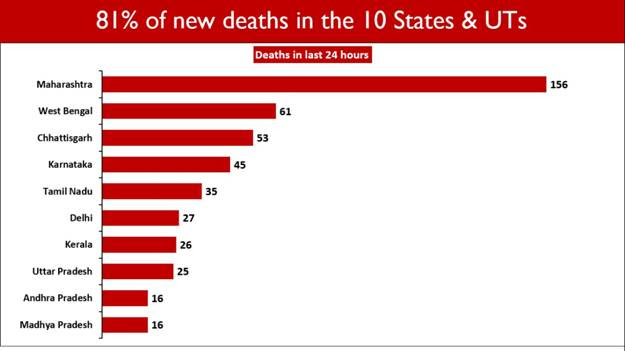 India has performed remarkably on fulfilling WHO’s advise of 140 tests/day/ million population. In its Guidance Note on “Public Health Criteria to Adjust Public Health and Social Measures in the Context of COVID-19” WHO has advised this strategy for comprehensive surveillance for suspected cases.

In another row of achievements, 35 States/UTs have exceeded the advised number of tests. The national average of tests per day per million population stands at 844. The figure for Delhi and Kerala has exceeded 3,000.