The country has reported a trend of sustained decrease in the number of active cases. India’s present active caseload consists of just 3.71% of India’s Total Positive Cases.

37,528 cases recovered and discharged in the last 24 hours. This has led to a net decline of 8,544 from the total active caseload. The total recovered cases are nearing 93 lakh (92,90,834). The gap between Recovered Cases and Active Cases, that is steadily increasing, has crossed 89L today and presently stands at 89,27,085.

The difference in the New Recoveries outnumbering New Cases has also improved the Recovery Rate to 94.84% today.

79.90% of the new recovered cases are observed to be concentrated in 10 States/UTs.

Karnataka has reported the maximum number of single day recoveries with 5,076 newly recovered cases. 5,068 people recovered in Maharashtra followed by 4,847 in Kerala. 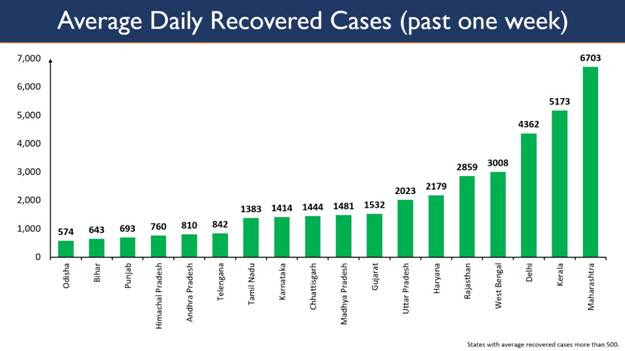 Kerala reported the highest daily new cases at 4,470. It is followed by Maharashtra with 3,824 new cases. 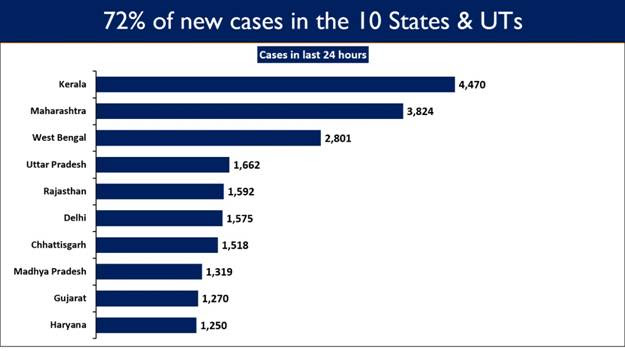 414 case fatalities have been reported in the past 24 hours. 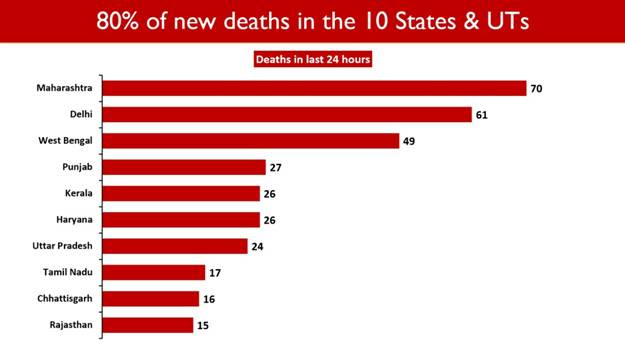