A Letter to Modi 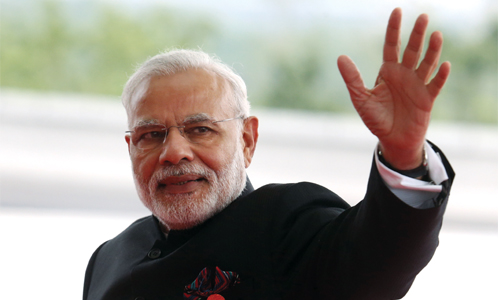 I am writing this letter to you as a well wisher and I expect that it will be of some use to you as you prepare to seek a popular mandate for one more term as “Pradhan Sevak” of the country.

Let me introduce myself. Your political opponents in Delhi’s so-called intellectual circles consider me a “Bhakt”, but for your “Sangh Parivar” I am always an outsider and hence as bad as an enemy. Personally speaking, I have not seen “accha din” during your four years of rule. However, like you, I have never been deterred by my opponents. I continue to think in terms of the institutions I am associated with, not through the prism of personal interests. Praises do not make me complacent. Criticisms do not disturb me. I say and write on the merits of the issues concerned. I respect others’ views, even if these are critical of mine. I never indulge in flatteries. Nor do I waste my time by hanging around the VIPs.  The content in this latter should be seen in that spirit.

I have always admired your qualities as a leader who is not afraid of taking hard decisions, whether it is disconnecting electricity to those who do not pay as the Gujarat Chief Minister or implementing the radical measure of the demonetisation as the Prime Minister. I sincerely believe that you are one of the rarest Indian politicians whose politics is not dependent on a particular caste or creed. And I think, whatever your critics may say, you genuinely want to see India as a developed but peace-loving global power.

You had won a grand victory in 2014; that was an election which you fought in a “parliamentary format”, but in a “presidential spirit”, drawing support from all over the country. Are you confident of repeating that performance next year? Your critics say that you may advance the general elections to this year-end as your popularity is rapidly plunging, evident from your party’s reversals in the recent by-elections (even in Karnataka Assembly elections, which you should have won easily, results must have been demoralising).

Let me begin with the third one, which I think is relatively easy. It is true that you have restored the country’s overall financial health. Excellent road-network is being laid all over the country, benefitting many related industries and providing crores of employment. Various welfare schemes that you have introduced are empowering:  “Ujjwala Yojana”, “MUDRA Yojana,” the “Startup India” programme, and the “Pradhan Mantri Fasal Bima Yojana”. All these need to be seen along with opening up bank accounts for the poor and direct cash transfer to them in various government-funded welfare-activities so as to avoid corrupt middlemen.

But then the problem with you Mr. Prime Minister is that your team has failed miserably in convincing people that such good work is being done. You may be the biggest communicator in the country at present, but you cannot communicate your achievements alone. You do not have enough

competent ministers in your team or spokespersons in your party who evoke credibility to propagateyour government’s achievements. In fact, compared to your rivals, they come out really miserably. As a result, there is that widely-spreading negativity about you.

As you must have realised by now, “the Delhi establishment” is intensely hostile to you. This establishment includes Delhi bureaucracy, Delhi intelligentsia and Delhi media. Many BJP or RSS members also belong to the Delhi establishment, which, deeply committed to Nehruvianism, is yet to reconcile with what it virtually thinks to be a hostile takeover by a rank outsider like you. In fact, many within the BJP and Sangh Parivar are opposed to the ushering in of bold reforms that you propound.

The second problem with you is that you do not have enough sincere and committed people to monitor the progress of your well meaning schemes. There is a severe problem on the implementation front. Mr. Prime Minister, I have a simple suggestion. You need not go anywhere other than Delhi to realise this. May be the parts of Delhi you are staying in and working at are reflecting your “Swachh Bharat”, but ordinary people like me find it hard to drive or walk on the Delhi roads. Any person who travels by rail to and from Delhi has  the spectacles of open defecation on railway tracks in the suburbs. Imagine what the foreign tourists visiting Taj Mahal or glorious sites in Rajasthan must be thinking of us when they travel by the “Shatabdis”. I can cite many such examples.

Now, the most difficult first point – what you have not been able to do. Mr. Prime Minister, you might have curtailed big-ticket corruptions involving crores of rupees. But at the lower official levels, corruption has become more rampant under your regime. I know scores of cases where it is impossible to do any official works in Uttar Pradesh, Haryana and Rajasthan without greasing the hands of the officials and giving commissions to your political functionaries. No wonder these are the states where your party’s fortunes are on a sharp decline.

Mr. Prime Minister, you had promised to break India from the Nehruvian mould of 70 years and present us a different model of governance. You have failed badly in this task. In fact, if your biggest pet project of “Make in India”, a project that could usher in real jobs, has remained mainly on paper, it is essentially because you have not been able to come out of the Nehruvian framework. You cannot have millions of jobs without industries, whether big or small. But industries, in turn, require land, skilled manpower and infrastructure. And here, we have a situation in which nearly 70 per cent Indians are dependent on agriculture, a sector which contributes less than 14 per cent to the country’s GDP but continues to be pampered year after year, thanks to the Nehruvian populism, which you have further legitimised. The result is the perpetuation of acute poverty among the landless farmers and farmers with little land but big families, who, in turn, constitute the overwhelming majority. Only way out is for them to come out of farming, acquire skills and join industries, big or small. But then industries too require land, acquiring which is now next to impossible for the regressive land laws. So much so that in a city like Delhi, a metro line, benefitting crores of people, cannot be completed because 20 families will not allow the metro pillars to built in their land. Such examples can be multiplied.

Mr. Prime Minister, if you really want to help the poor farmers, who are landless or do not have enough land for sustainable farming, please tell them bravely to come out of farming and do other skilled jobs. You must have the heart for fighting the rich farming lobby and their political backers.

Mr. Prime Minister, I will like you to be equally bold in campaigning for changes in electoral laws. As it is, your habitual critics say that nearly 70 per cent of Indians do not have faith in you. They are talking in terms of the percentage of votes you got. Therefore, you must take their challenge and plead for abolishing the existing first-post-system, which has immensely benefitted all those believing in identity politics. Leaders and parties have done spectacularly well by mobilising their respective vote banks of Muslims, Yadavas and Dalits etc. Because, under this system, even if you get 25 per cent of votes, you can have a huge majority in the legislatures, something the likes of Mayawati and Mulayam have done a number of times. If you build your vote-bank, you can safely discard the voices of the rest of the polity. Such a system will not make him or her accountable as long as he or she has the support of a particular community intact. He or she will simply not bother about what the overwhelming majority of his or her constituency demands. In fact, he or she simply does not need to care about their sensitivity. That is why one sees how Lalu Yadav, who despite being convicted of corruption, dreams of determining the Prime Minister of a coalition-government.  He openly says that he is not bothered about anybody as long as Muslims and Yadavs (MY) are with him.

Mr. Prime Minister, you should advocate for of having two rounds of elections as in France – the second round is between the top two candidates of the first round – so that the victor will be having more than 50 per cent of the votes. That is true democracy for me, because here a victor has to talk of taking everybody or every community along; he or she cannot afford to shed his or her crocodile tears of one or two communities. And if this change is made in India’s electoral system, then one can bet that you will do much better electorally and those like Lalu, Mamata, Mayawati and Mulayam will close their shops.

I do not know whether you will read this letter, Mr. Prime Minister. But then I believe in the dictum from the Gita – enjoy what you do without bothering about the result.