Home >> A Concerted Conspiracy to Destroy the Idea of India?
Cover Story

A Concerted Conspiracy to Destroy the Idea of India? 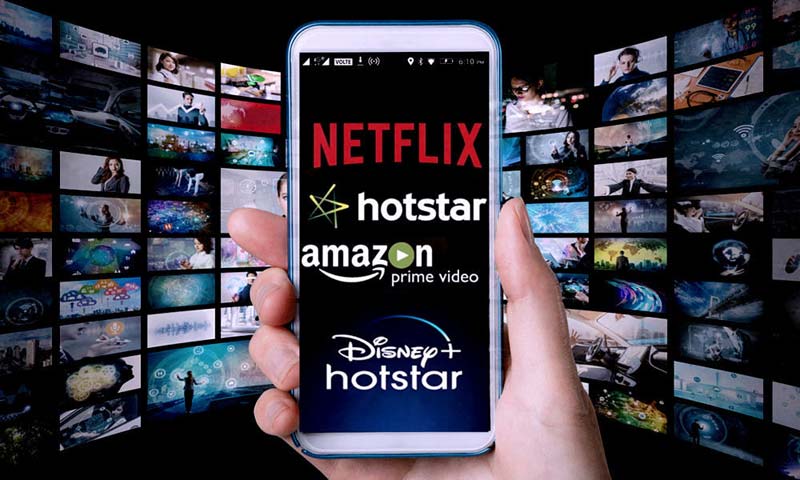 In the midst of worldwide digital revolution in 21st century, the recent craze for programmes in the OTT platforms have drastically changed the way entertainment industry is working and receiving by the audience as well. OTT are the New Age entertainment platforms, which stands for ‘over-the-top’ and  refers to any media service that provides streaming of video content like TV shows and movies via app or website over the internet instead of traditional distribution networks such as cable and DTH. Initially, OTTs started as the content hosting platforms, but soon they ventured into making originals of their own. The mechanism is very simple. You need an internet connection and a compatible hardware component, which can be your mobile phones, tablets, laptops, or smart TVs, to watch the content of your choice. There are many OTT platforms in India and some of them are Disney, Hot Star, Amazon Prime Video, Netflix, Zee5, Sony Liv, Voot, Alt Balaji, Jio Cinema, MX Player, YouTube Premium, Arre, Sun Nxt, Big Flix, Eros Now, Viu. These platforms mainly air videos and audios on demand including movies, TV serials, news, music, kids channel, sports and events recorded or with live streaming.

The advantages of OTTs include watching the programmes of your choice, at your suitable time and place. One can stream OTT content any time via mobile phones, tablets, laptops, or smart TVs instead of following a guide or waiting for their favourite shows and movies to air. That’s why OTT platforms are gaining popularity day by day. Broadly speaking, a consumer requires a stable internet connection to access OTT platforms. Secondly, these platforms are cost friendly compared to TV packages. Third, the consumer can access his favourite movie or show at his own convenience of place and time. Fourth, there are varieties in the content. Other than the technical advantages, the contents of OTT platforms also educate, entertain and update the viewers on the myriads of subjects. Also, it directly and indirectly generates employment.

Compared to the positive impacts of the programmes aired in OTT platforms, the negative impacts are very comprehensive. The negative aspects of the OTT platforms can be visualised at both structural and content levels. So far as the structural aspect is concerned, the Indian OTT platforms are not in a position to compete with the foreign platforms like Disney, Hot Star, Net Flix, Amazon Prime Video etc. which are very popular and hence the government of India must introduce some regulatory mechanism by which both Indian and foreign platforms have a level playing field in terms of revenue and content. The foreign platforms, due to their popularity are earning a lot and their coffers are enriched by the revenue earned from large Indian market (viewership).

The real bane of the OTT platforms on Indian masses, especially the youths, is their contents. There is a trend right now by so called liberal creative artists and film makers to ‘manufacture’ controversy in the content of the film or creative writings or arts, or acts only to get cheap publicity. In India, it is done very consciously and selectively to show the religion of the majority community i.e. Hindus, in very poor light. Secondly, not only the religion of Hindus but also their culture and tradition are at threat of dilution, pollution and extinction by these so-called creative artists who utilise various performing arts platforms to further their agenda. Now, OTT platforms have been thoroughly utilized by these anti-Hindu and Hindu-phobic bandwagon in the entertainment industry to destroy the idea of India which is entrenched in its age old culture, tradition, value and knowledge systems.

The recent controversy on the release of the Web Series Tandav by Amazon Prime Video is a case in point. There were mass protests by the Hindus as Hindu gods were portrayed in demeaning ways in the Web Series. Although the makers of the Web Series tendered an unconditional apology for ‘unintentionally’ hurting the religious sentiments of the people, actually, it seems that the series was made intentionally controversial to attract larger audience. Another example is the Web Series Rasbhari which was also aired by Amazon Prime. The content of the Web Series is full of vulgarity with its overt obscenity and will have bad impacts on the young mind. The contents were so vulgar that the chief of the Censor Board Prasoon Joshi termed it as ‘irresponsible content’. The chief protagonist of the web series, small time Bollywood actress, Swara Bhaskar reportedly asked her father not to see the series due to its vulgar contents. There is another Web Series Mirzapur,  aired in the OTT platform Amazon Prime. The Supreme Court issued notice on a petition seeking a ban on the popular web series  for its obscene, vulgar depiction of women and showing the city, otherwise famous for its rich cultural and historical value, as a city of goons, criminals and women indulging in adultery.  The impacts of these web series on the youths could be comprehended by the fact that there are frequent media reports of crime and violence by youths, and after investigations by the police, it is revealed that they were misguided by extreme portrayal of violence and sex scenes in the web series and try to emulate the same as portrayed in the series. Another major impact of the OTT platforms on the youths is that watching TV with the family members is now giving way to isolated watching of the programmes in the Smartphone the content of which may not be possible to monitor by the parents of the youths thereby exposing the youths to watch programmes which are full of violence and vulgarity.

To address the negative impacts of the OTT platforms, a two way approach is necessary. First, censorship and control at government’s level is a must and secondly, monitoring, observation and control of adolescents and youths at family level to be followed as natural corollaries. While there is a Sensor Board for films, there were no such mechanisms for the OTT platforms. Therefore, in February 25, Government of India, under the ambit of ‘Information Technology (Intermediary Guidelines and Digital Media Ethics Code) Rules 2021’ brought in detailed guidelines for both digital media and OTT platforms, giving overriding powers to government to control them.

Therefore, the government of India, in February, 2021, announced sweeping regulations for social media firms like Facebook and Twitter as well as OTT players, requiring them to remove any content flagged by authorities within 36 hours. Also, the OTT platforms will have to self-classify content five age based categories—U (Universal), U/A 7+, U/A 13+, U/A 16+, and A (Adult). The platforms would be required to implement parental locks for contents classified as U/A 13+ or higher and reliable age verification mechanisms for contents classified as ‘A’. Now, most of the platforms follow this mechanism.

It is also equally important that parents must monitor and guide the children not only in the limited use of Smartphone but also what contents are good for them both for their present and future.

(The writer teaches in Delhi Institute of Heritage Research and Management, New Delhi)