Home >> 69% of the daily new cases are contributed by eight States/UT
Headlines, National 41,322 new confirmed COVID cases have been registered in the last 24 hours in the country. 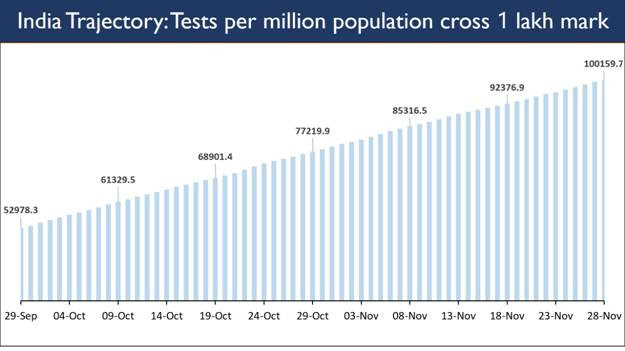 Sustained and progressive expansion in testing infrastructure has played a crucial role in the steep rise of testing numbers. With 2,161 testing labs in the country including 1175 Government laboratories and 986 Private laboratories, the daily testing capacity has got a substantial boost.

Following the national pursuit, 23 States/UTs have better tests per million population than the national average.

13 States/UTs have lower tests per million population  than national average. 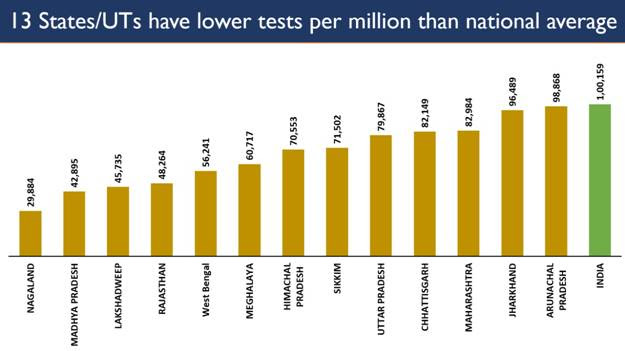 41,452 recoveries have been registered in the last 24 hours in the country.

76.55% of the new recovered cases are observed to be concentrated in 10 States/UTs.

Delhi has reported the maximum number of single day recoveries with 5,937 newly discharged cases. 4,544people recovered in Kerala followed by 4,089 in Maharashtra. 78.35%of the 485 case fatalities reported in the past 24 hours are concentrated in ten States/UTs.

Delhi with 98 deaths reported the maximum new fatalities. Maharashtrasaw a fatality count of 85 followed by West Bengal with 46 deaths.