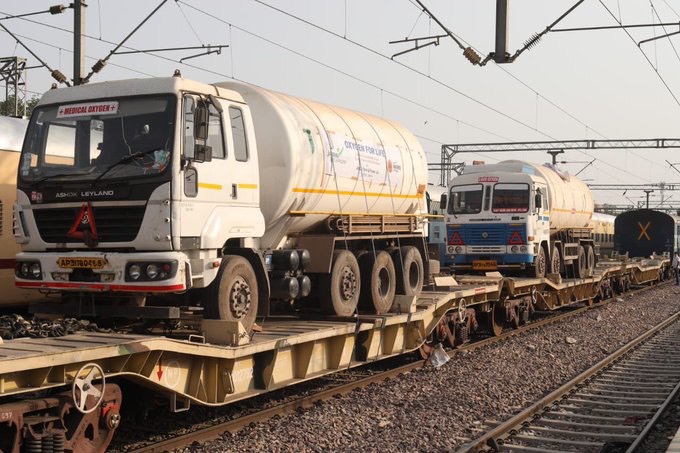 Overcoming all hurdles and finding new solutions, Indian Railways is continuing its journey of bringing relief by delivering Liquid Medical Oxygen(LMO) to various states across the country.

Oxygen Expresses crossed mark of 28000 MT of LMO delivery in service to the Nation.

So far, Indian Railways has delivered nearly 28473 MT of LMO in more than 1648 tankers to various states across the country.

It may be noted that 401 Oxygen Expresses have completed their journey so far and brought relief to various States.

Till the time of this release, 4 loaded Oxygen Expresses on run with more than 347 MT of LMO in 18 tankers.

Oxygen Expresses offloaded more than 4300, 3400 and 3200 MT of LMO in the state of Tamil Nadu, Karnataka and Andhra Pradesh respectively.

It is worth mentioning that Oxygen Expresses started their deliveries 47 days back on 24th April in Maharashtra with a load of 126 MT.